Higger Tor is a dominant landmark in the north of the Peak District National Park, near to the village of Hathersage. It’s a flat-topped gritstone tor overlooking the surrounding valley and scattered with unusual rock formations.

Higger Tor Sunburst was captured on a bitterly cold winters morning in January 2020. Whilst the image conveys peace and calm, the conditions on the day were anything but. Lining up the gap in the rocks to catch the rising sun was made even more difficult by the howling wind on the exposed edge. Following many failed attempts and readjusting my tripod several times I was finally able to achieve this image.

Scroll down to purchase your print. 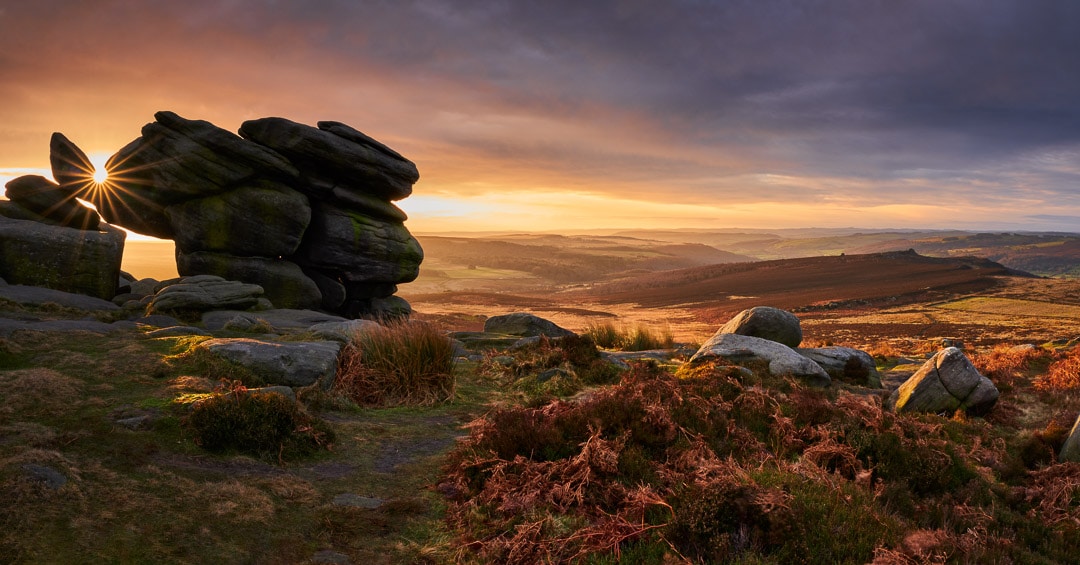 All print purchases have a 30-day money back guarantee. If you’re not satisfied with the quality of your print, please contact me within 30 days to arrange a refund and the return of the print.

The life expectancy of a custom print is in excess of 85 years. With your print you will also receive a sheet of care instructions and a 5 year no-fade guarantee. Care for your print in line with the instructions and if it fades within 5 years of purchase, I will replace it free of charge.

Higger Tor Sunburst
Lenscraft uses cookies to ensure that we give you the best experience on our website. If you continue to use this site we will assume that you are happy with this. OkRead more