Depth of Field is one of the most important creative tools at our disposal as photographers. It’s also one of those subjects that people avoid because it sounds confusing. If you want to learn how we to use and control Depth of Field in your photography, This article’s for you.

What is Depth of Field?

Let’s start this section by saying there is a formula for calculating Depth of Field but we aren’t going to use it. If you want to understand that, try a search on Wikipedia. Instead I will give you a simple explanation that should help you.

Imagine you are taking a picture of a landscape scene. First you set the ISO, Aperture and/or Shutter Speed. You then carefully frame the composition of the scene before focusing and taking the picture. The key point to understand is that in this process you are focussing on a single point in the scene. This single point is the point of true focus. If you were to examine the resulting photo in detail you will find that elements of the scene that are away from the point of focus appear blurred. The further you move from the point of focus the greater the blur.

Now if you try the above you might well decide that this description is incorrect and that the elements of the scene appear to be in focus despite being some distance from the point of focus. This effect is the Depth of Field. We define it as being the area around the point of focus that appears to be in focus. You can see this illustrated by the diagram below.

Illustration of Depth of field

The point of focus in this image is somewhere between 3 and 4 on the tape. The further you move from this point the more blurred the numbers. Another point worth noting is that the depth of field extends roughly twice as far beyond the point of focus as in front of it.

What Determines Depth of Field

There are a number of factors controlling the apparent depth of field and you can employ these to make your photography more interesting. They are:

Many people already know to use the Aperture to control depth of field. The wider the aperture the less (or shallower) the area that appears in sharp focus. If you want to maximise the depth of field you would use a small aperture. Be careful though not to confuse this with sharpness. Using the smallest aperture doesn’t make an image sharper. In fact it will probably make it softer because of something called diffraction. 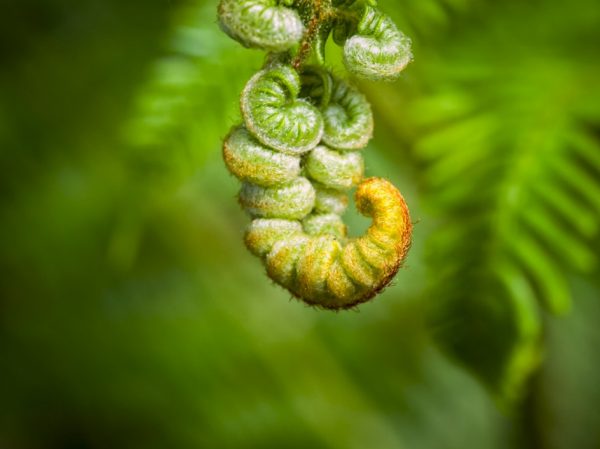 The final factor is one that is more difficult to change without changing camera and that is sensor size. The smaller your sensor dimensions, the greater the depth of field (all other variables remaining the same). Look at the image below of the New York skyline. The image is in focus from the nearest to furthest buildings. 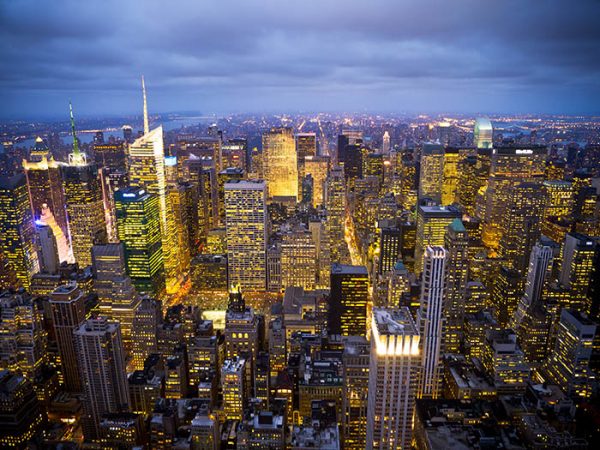 This image was actually captured at what you might consider to be a wide aperture of f/2.8. Part of the reason the entire image is in focus is that the camera used to take the picture was a compact camera with a relatively small sensor.

How Can We Use Depth of Field

A shallow depth of field will allow you to focus on a single subject and remove the distraction of the background. This is a favourite technique of the portrait photographer who will focus on the eyes of the subject and throw the background out of focus. When you look at the photograph you will immediately focus on the eyes and disregard the background. I have used the same technique in this photo of an alpaca so that your attention is drawn only to the animal in the foreground. 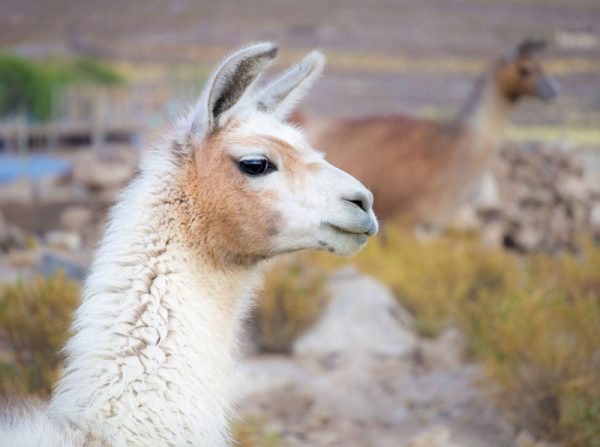 This effect was created by using a long lens, a wide aperture and moving in as close as I can to the animal. Most people only notice the Alpaca in the foreground when glancing at this image.

This next image has a greater depth of field allowing the viewer’s eye to wander into the frame. 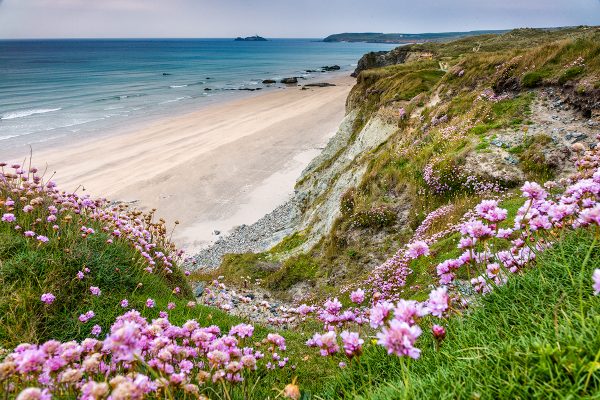 This effect was created because the camera I was using has a relatively small sensor, a wide angle lens was use and a relatively small aperture. I was also very careful to place the point of focus where it would maximise the depth of field, a technique known as hyperfocal focussing.

Your role as the photographer when taking pictures is to decide how much depth of field you want to create and then use the tools described in this article to control this.

You might like my book “Landscape Photography: Shoot Like a Pro“. I also currently offer my book “Lessons for Landscape Photographers” for free when you subscribe to my monthly newsletters. Both books are a great source of additional information if you want to shoot great landscapes.