As a photographer, you probably spend time reviewing the work of other photographers. If you’re interested in Landscape Photography, then you will no doubt have reviewed the work of those considered to be masters of their craft such as Ansel Adams. But have you ever stopped to review the work of painters, especially the landscape work of the old masters. With image editing becoming easier and taking on an increased importance in producing a finished image, we should look to the painting techniques of the old masters. It might just give your landscape photography work a new edge if you do.

Take a look at this painting by Andreas Achenbach in 1852 titled Sunset after a Storm on the Coast of Sicily. 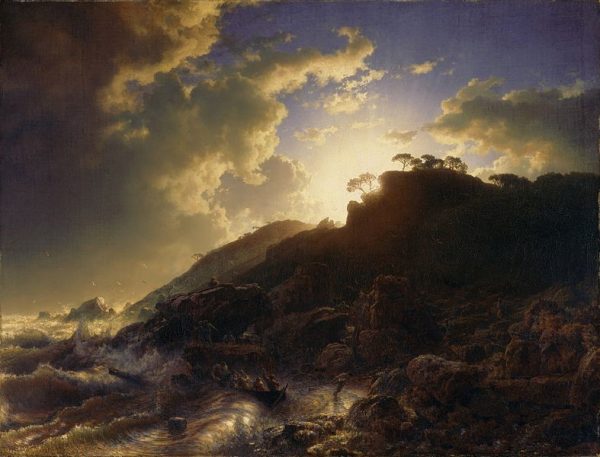 Storm on the Coast of Sicily, Andreas Achenbach 1852

There are a few points that we should note about how the painter has created this image and the illusion of light:

In short, when we edit our photographs, we can control the viewer’s perception and journey around the image. Here are a few ideas you might want to apply to your own work if you don’t already:

Taking a great, well composed, well exposed image is the start of the process. You then need to adjust the image using the techniques mentioned above. Remember that the eye is drawn to areas of detail, contrast, light and saturation so selective adjustments are essential. This means you will need to develop (if you haven’t already) your ability to make selective changes in Lightroom and or Photoshop. Filters such as the Nik Collection (now available for free) and in particular Viveza, can be a huge help in this process.

Above all else, practice and patience will be required. Just as a great painter didn’t master their techniques overnight, if you wish to be a master of landscape photography you will need to experiment and practice.