Ultimately the answer to the answer to the question is yes, Micro Four Thirds (Micro 43) can be used for Landscape Photography; it even has some advantages over larger cameras. There are though limitations you need to know about and possibly work around. This article shares some of my tips to shooting landscapes with Micro 43 and other small sensor cameras.

You will have heard it many times before, but it needs to be repeated “Shoot using RAW format”. This though only gets you into a good position from which to develop your photograph. To produce excellent images from a RAW file you need to perfect your processing, and this is particularly true for Micro 43.

Invest time to develop a processing workflow for your RAW converter. Give special attention to manipulating image Tones, Reducing Noise and Sharpen your RAW files. These are the key areas dictating image quality for Micro 43 RAW files. 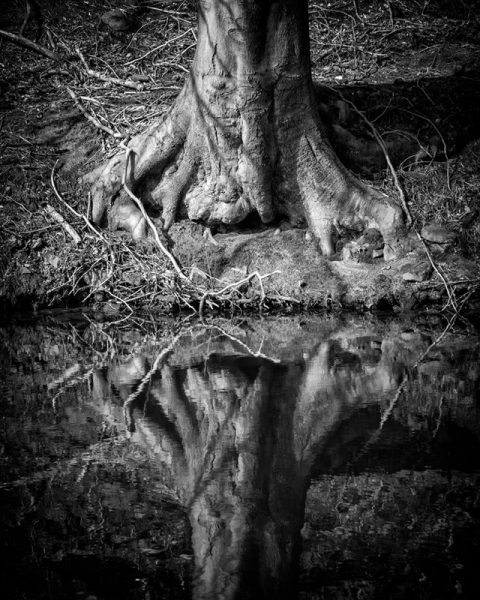 Small sensor cameras link Micro 43 suffer more from image noise. Image noise is always present, but it isn’t as noticeable at lower ISO settings. Learning to control and minimise this noise during image capture is important. Whilst it’s possible to remove the noise when processing the RAW file, it’s always better to avoid it. Noise reduction can soften your image and destroy fine details. Removal requires careful adjustment and care when sharpening (remember Tip 1 above).

Higher ISO settings produce more noise so use a low setting whenever possible. Personally, I tend to leave my Olympus EM5 set to ISO200. This is base setting for this camera which means noise will be minimised. The base setting also allows the sensor to capture the greatest dynamic range in the RAW file, helping to reduce any clipping of highlights and shadows. As you move your camera setting away from the base ISO, you reduce the sensors dynamic range.

Noise is in the Shadows

Noise tends to be most evident in the shadow areas of the image and is often revealed if you lighten these. Look at the image below shot in Seattle’s Fish Market. There are plenty of shadows here as the shot was exposed for the highlights in the signs. 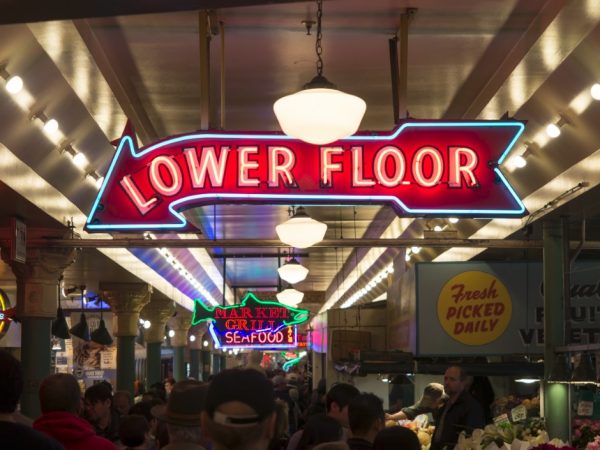 This full image was captured at ISO400 and displays noise, but it isn’t immediately obvious.

Now look below at the close-up from the lower centre of the frame. 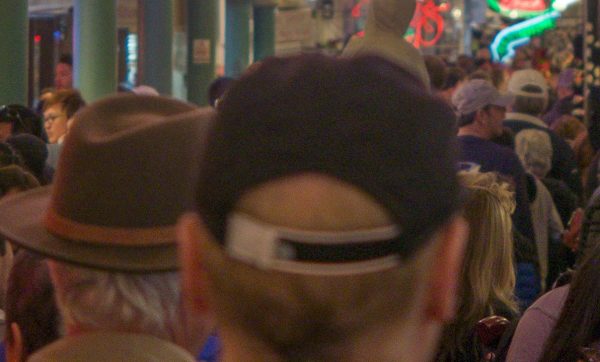 Magnified section of the image with the shadows lightened, revealing image noise.

Here the shadows have been lightened and noise is obvious despite the ISO being set to only 400. Had I needed to lighten the shadows for this image I would have to apply more damaging noise reduction. Fortunately, I was able to avoid this as I made very deliberate decision to expose the image correctly in camera.

There is a common mistake amongst DSLR users who switch to Micro 43 (or a compact camera). Typically, they will stop the lens down to a very small aperture for scenes needing a large depth of field. This may be necessary with a full frame DSLR, but not when using a Micro 43 camera.

When a lens aperture is wide open, the lens doesn’t perform at its best. As you make the aperture smaller (increase the f-stop) lens performance improves and the depth of field increases. The depth of field continues to increase as the aperture gets smaller, but you reach a point where diffraction sets in. Diffraction is a problem because it softens the image and can destroy fine detail.

My own experience with Micro 43 lenses suggest they perform best when stopped down by 1-2 stops from the maximum aperture. They then perform well but start to soften by f/8.0. This though isn’t a problem as you achieve roughly twice as much depth of field with Micro 43. Shooting at f/8.0 is like shooting at f/16.0 with a full frame camera.

The trick when shooting with Micro 43 is to place your point of focus carefully. A well-chosen focus point will capture a huge depth of field with the lens aperture still in single figures. Typically, I shoot landscapes with my lens at 12mm using f/7.1. This is usually enough to achieve front to back sharpness unless there is something in frame that’s very close to me.

The image below was captured at 40mm (80mm in full frame terms). I needed to maintain a fast shutter speed as I was hand holding the camera. To avoid increasing the ISO which would have increased the image noise, I used a wide aperture of only f/4.5. Picking the correct point of focus kept the frame in focus. 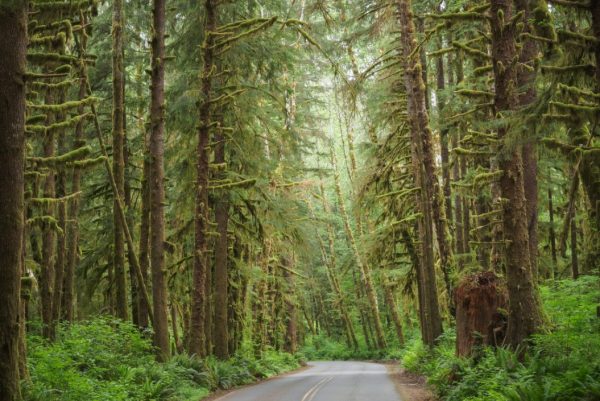 A wide aperture may give you more depth of field than you think.

The image contains lots of detail which can be seen in the magnified section below (magnified to 1:1 or 100%). 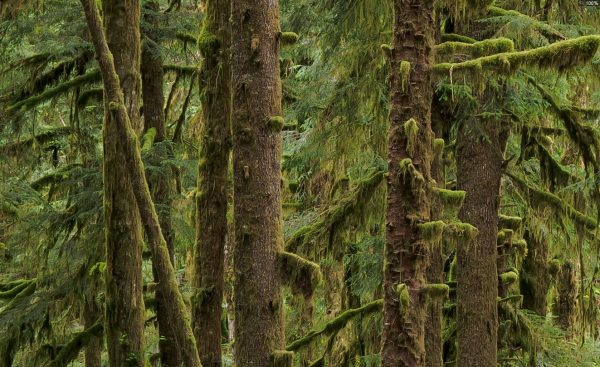 Section of the image magnified to 100% and showing excellent detail retention.

Recently these has been a move away from filters, saying they aren’t necessary and better results can be achieved through image blending. Whilst this is true, filters remain a valuable tool for the Landscape Photographer. Particularly one who wants to shoot using Micro 43.

Look at the scene below of Crater Lake in the US. 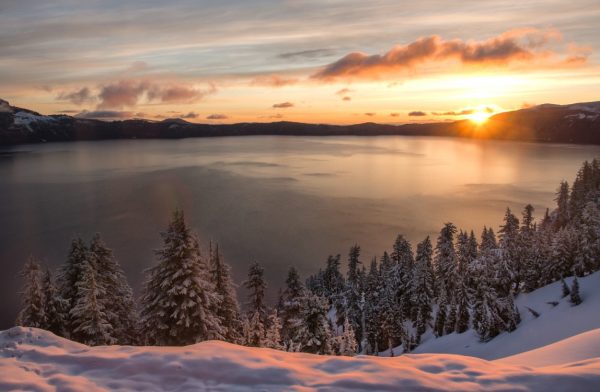 Using filters can compress the dynamic range of the scene, making it easier for the camera to handle.

By using filters, I was able to balance the sky and foreground. Without a filter, the foreground would have become very dark and probably filled with noise.

Micro 43 cameras tend to have a lower dynamic range than full frame cameras. Because of this the shadow areas will probably carry more noise and less detail. At the same time, highlights may become too bright. By using good Neutral Density Graduated filters (ND Grads) it’s possible to reduce the dynamic range of a scene. The Micro 43 camera will then handle this much better, often meaning a single shot is sufficient.

The image above does however suffer from flare around the sun, a problem that’s magnified when using filters. Filters tend to become covered with micro scratches and dirt that cause this flaring. Recently I switched to using Kase Wolverine shatterproof glass filters and I’m finding I don’t have this problem. If you want to know why I switched, read this article.

This tip is a tricky one as lenses can be costly and people have budgets to work to. Despite this, it needs to be mentioned as there are some truly dreadful lenses in the Micro 43 line-up. Fortunately, there are also some excellent lenses, but even these can suffer from distortion.

Take the example of the Olympus 17mm lens. There are two versions of this, the f/2.8 and the f/1.8. There is also quite a difference between the two in terms of price and build quality. Having owned and compared both, the image quality from the f/1.8 was excellent but the f/2.8 was poor. I have seen many examples of people being confused by these two versions and arguing over the image quality produced.

I have also read camera reviews which heavily criticise Micro 43 cameras for poor image quality. Some of these provided sample RAW files of full sized JPEG’s which on the face of it support the review. Dig a little deeper and you find the images were captured using a very cheap kit lens. In one case the lens was one that was designed for all round still and video capture. Such lenses will never produce top quality still images and unfortunately the reviewer blamed the camera.

Some time back I wrote a review of the various Micro 43 lenses I had owned and used. It’s in five parts and here is the link to the first.

Using quality lenses will help you produce better results with your Micro 43 camera. Better quality usually means a higher price, but not always. Choose carefully and you can have a great Micro 43 kit at a reasonable price.

So, there you have it. Five simple tips to help you capture great Landscape Photography using a Micro 43 camera. Every camera and lens combination will have its deficiencies and limitations, you just need to identify these and learn to work around them. At the end of the day, the real success of an image will be determined by the skill and imagination of the photographer, not by the equipment they use.