How to Take Sharp Photos

Introduction to How to Take Sharp Photos

In this article we look in detail at how to take sharp photos. This is an important subject for most photographers, but especially when shooting landscape photography. Often in landscape photography we want to have both foreground and distant objects in sharp focus at the same time. This alone can be tricky, but there are other aspects to taking sharp photos that we need to consider.

Despite the importance of taking sharp photos, many photographers encounter the same common problems. Many of thee can be easily avoided so in this article we are going to examine:

This doesn’t cover everything there is to know about taking sharp photos, but it will help you avoid the most common problems.

A common mistake in photography is to confuse sharpness with depth of field. Whilst the two are related, they are quite different things.

Depth of field is the area around the point of focus in a photo that appears to be sharp. In a photo with a shallow depth of field, only a small part of the image is in focus (near to the focus point). Beyond this the image quickly becomes blurred. This is a useful technique when you want to separate a subject from its background because you can throw the background out of focus, drawing attention to the subject.

Conversely, a large depth of field means most if not all the image appears in focus, from the nearest to furthest points. This is a common technique used in landscape photography. 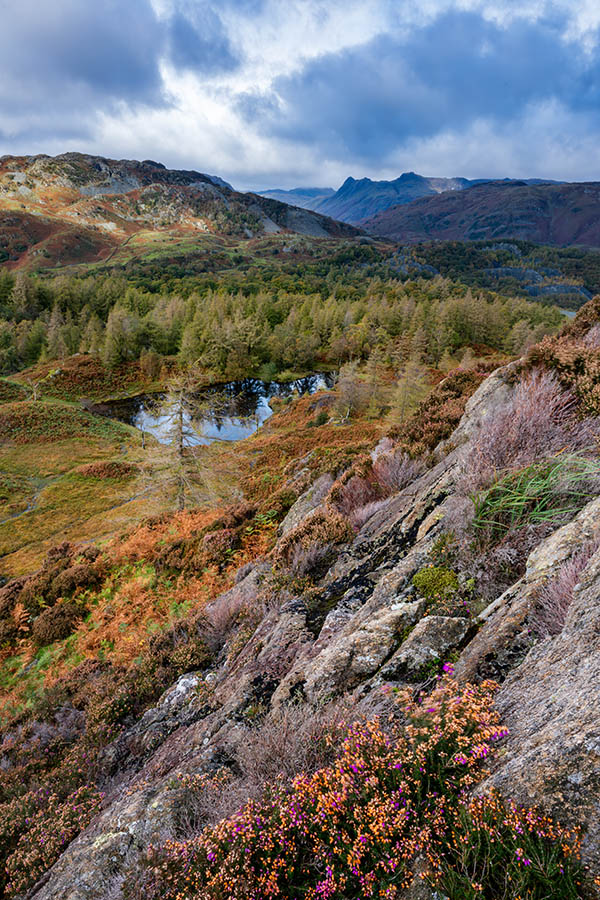 Example of an image with a large depth of field to ensure the foreground rocks and distant mountains are in focus and sharp.

Unfortunately, many photographers confuse depth of field with sharpness. More depth of field doesn’t mean sharper images. In fact, when you try to capture the maximum depth of field by using a small aperture, you can introduce a problem called diffraction which can cause softness. Avoid using the smallest aperture your lens supports.

Depth of field is a problem if you don’t have enough for the image you are trying to shoot. For example, if the foreground is out of focus in the landscape where you have the distant hills in focus. This will look odd and may look like the image isn’t sharp.

As mentioned, using a small aperture can soften your photos because of a problem called diffraction. But what about a large aperture? Is there a similar problem?

The first problem with using a large aperture is that it might not give you enough depth of field. But let’s suppose for a moment that it does. You then encounter the next problem which is a possible increase in chromatic aberration and softness.

When you use a large aperture, most lenses are softer to some degree than at their sharpest aperture. This is less of a problem with high quality (usually more expensive) lenses but it often still present.

Most lenses reach their best performance in terms of image sharpness once they have been stopped down by around 2 stops (you can learn about f-stops here). Then as you continue to stop the lens down (close the aperture) the performance will begin to deteriorate. How quickly this happens will depend on the quality of your lens and it’s something you should really test for if taking sharp photos is your priority.

Ultimately there is an aperture range where your lens will perform at its best to produce sharp images. As you move outside of this range image sharpness will suffer. Generally, try to keep around 2 stops from the largest and smallest aperture. If you can’t achieve enough depth of field in this range, you either need to sacrifice sharpness or use focus stacking techniques. If you want to shoot a lot using shallow depth of field and the aperture wide open, consider buying quality prime lenses.

Another important aspect of taking sharp photos is where you place the point of focus. This again relates to the depth of field question, but it can also help with the illusion of sharpness.

In theory, you can calculate the best point of focus using something called the hyperfocal distance. If you want to know how to calculate this try using a photo app like PhotoPills or the calculator on their website. The alternative to this (which I tend to use) is trial and error. Take a test shot and zoom in to check the nearest and furthest points. Based on what you see change the focus point and/or aperture. This takes some getting used to, but it can be a quick and effective approach. 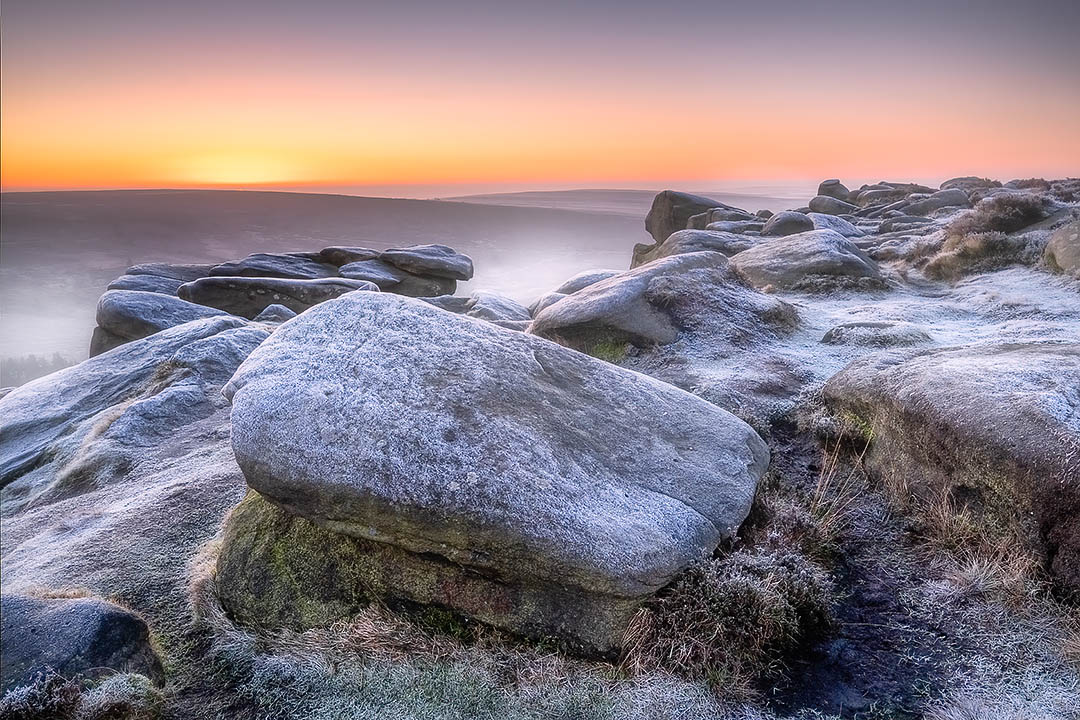 The other point about focus and sharpness is that you can use it to create the perception of increased sharpness. Supposed you have a composition where you can place an object looming large in the foreground like a rock. By focussing on the rock and ensuring that it and the rest of the foreground is as sharp as possible, you create the appearance of a sharper photo. It usually doesn’t matter much if something in the distance isn’t quite sharp; that’s what our brains expect to see.

Assuming you have sufficient depth of field, have focussed correctly, and are using a good lens at a reasonable aperture, the next problem to deal with is camera shake. Camera shake is the enemy of taking sharp photos. Even slight camera shake can soften an image, and this becomes even more obvious when you do everything else right.

Rather than trying to cover everything here, I’ve published a separate tutorial explaining how to avoid camera shake when photographing.

Even when you manage to get everything right, you can still encounter lens problems that prevent you from taking sharp photos. I’ve owned several lenses in the past which have exhibited problems. It’s worth checking every new lens you buy at different apertures and focal lengths (if it’s a zoom lens) for any issues. This involves taking a series of test shots which you can inspect at 100% magnification for signs of any problems.

It’s likely that kit lenses will have the greatest problems, but even pro lenses aren’t immune. Here’s an example taken with a Leica 12-60 lens which had to be returned. 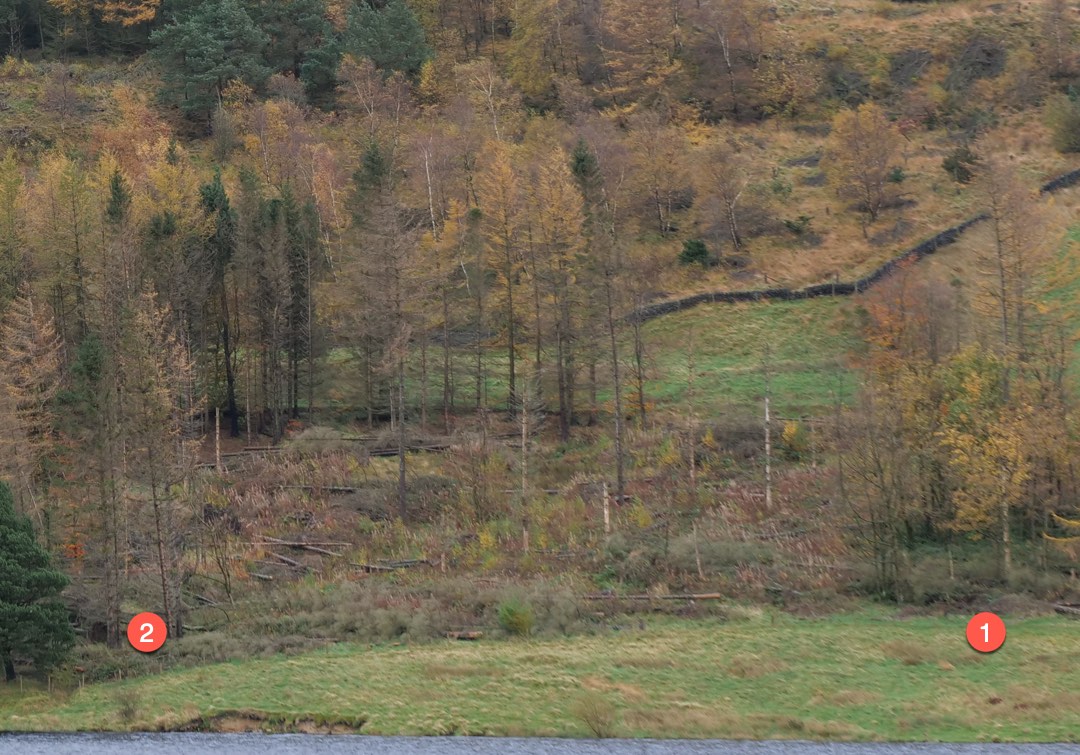 If you look at the area marked 1 in the image you can see how blurred and soft the trees are when compared to area 2.

If you’ve followed the advice above, you should be well on your way to taking sharp photos with consistency. In addition to this, there are a few other factors in post processing to consider.

The first point is that it’s important to shoot using RAW format if you want to maximise the sharpness of your photos. Some people will argue that the JPEG performance of x, y or z camera is equal to the RAW file, but I’ve never found this. I’ve always been able to produce a sharper image by working from the RAW file.

Closely related to the point above is that you need to use the best RAW converter for your camera. There can be a huge difference in image sharpness produced by different RAW converters. For example, the detail produced by Lightroom for my Fuji XT3 RAW files is poor in comparison to Capture One which is my preferred RAW converter.

When it comes to sharpening photos, there could be a lot to say. I personally use a multi-stage sharpening approach, but this may be too much for most people. Recently I’ve been using either Topaz DeNoise AI (which also sharpens) or Topaz Sharpen AI with most of my images. Even when the image I’m working on already looks sharp, these tools will add a level of sharpness that’s hard to believe unless you see it. Topaz Sharpener AI is also great for fixing sharpness problems like poor focus and insufficient depth of field.

Summary of How to Take Sharp Photos

Taking sharp photos is a combination of getting the technicalities and avoiding common problems. By technicalities you can think of things like having enough depth of field, using a sharp aperture, and picking a good point of focus. In terms of problems, you must do everything you can to avoid camera shake and stay vigilant for lens issues. If you then combine this with shooting RAW and using tools like Topaz Sharpen AI, you should be able to take extremely sharp photos with a high degree of consistency.