How to Avoid Camera Shake in Photography

How to Avoid Camera Shake in Photography

For most photographer’s camera shake will ruin otherwise great shots. There’s nothing more frustrating than capturing a single great image on a shoot, only to find that it’s blurred and shaky when you look closely. In this tutorial I’ll explore some of the techniques you can use to help avoid camera shake. 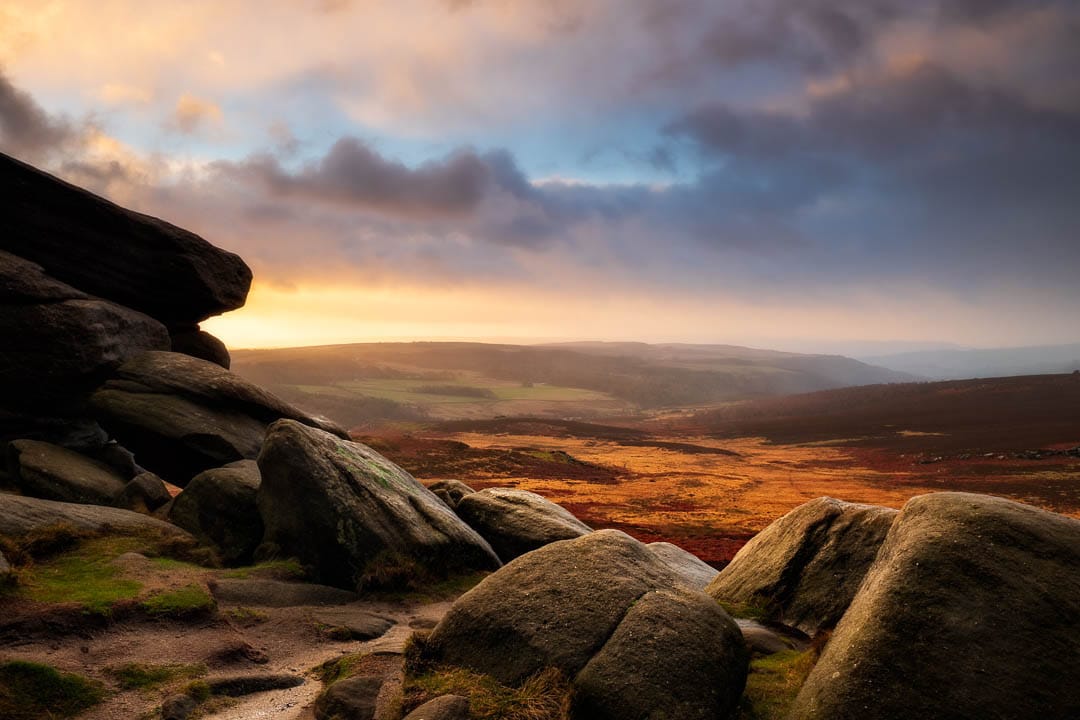 It may not look like it, but it was so windy when shooting this image that I couldn’t use a tripod. I had to shoot handheld in low light using the techniques in this article to avoid camera shake.

To identify the best ways to avoid camera shake we should first consider some of the causes. There are quite a few causes, but they all come down to one thing. The camera was moving when the shutter was opened to take the photograph. It’s this movement, no matter how small, that we immediately see in the photograph. This is especially true in some styles of photography like landscapes where emphasising detail and sharpness are key concerns.

Common causes of camera shake include:

Let’s look in more detail at some tips that can help to avoid camera shake. I’ve split these into two categories: photographing handheld and photographing with a camera support, as the advice differs between the two.

When handholding a photograph, most problems with camera shake are caused by the shutter remaining open longer than you can hold the camera still. To reduce the risk of this, the simple solution is to use a faster shutter speed.

To gain control over the shutter speed you could place your camera in Shutter Priority mode and set the shutter speed you want to use. The camera then determines the correct aperture for the shot. The downside to this is that you give up control of the aperture which may have unwanted consequences for things like depth of field. An alternative is to use a higher ISO setting but that again can have drawbacks. Ultimately it becomes a trade-off between the different elements of the  exposure triangle. Learning how to use the exposure triangle when shooting handheld is probably the best first step in avoiding camera shake.

Let’s now assume you decide to use a fast shutter speed; but how fast does it need to be. The old rule of thumb which still works well is to use a shutter speed that’s faster than the inverse of the lens focal length. For example, if you are using a 50mm lens (in full frame terms) you shouldn’t use a shutter speed of less than 1/50” handheld.

The inverse shutter speed rule is usually enough to avoid camera shake, but you can improve on it. If your lens and/or camera has image stabilisation, be sure to use it when shooting handheld. Camera manufacturers will claim all sorts of performance improvements up to 6 or 7 stops. Whilst these are sometimes achievable, consider them extremes. When shooting handheld, use this feature but try to keep within a couple of stops of the slowest recommended shutter speed (using the inverse focal length rule).

You may not realise it but how you hold the camera has an impact on the slowest shutter speed you can use. Today, a lot of people like to use the live view when photographing and tend to stand with arms outstretched, holding the camera. This is a much less stable than standing with the camera viewfinder to your eye.

To help avoid camera shake try to use the camera by looking through the viewfinder. When you do this, be sure to tuck your arms so that they are braced against your chest. This helps to stabilise the camera as you take the photo. It’s also good practice to hold your breath as you take the shot and to gently squeeze the shutter button rather than snatching at it. These simple points can make a significant difference to the slowest shutter speed you can shoot at.

As wall as having the correct posture, try to brace yourself or the camera against something ridging. The simple act of leaning against a lamp post or a tree can help to avoid otherwise certain camera shake. 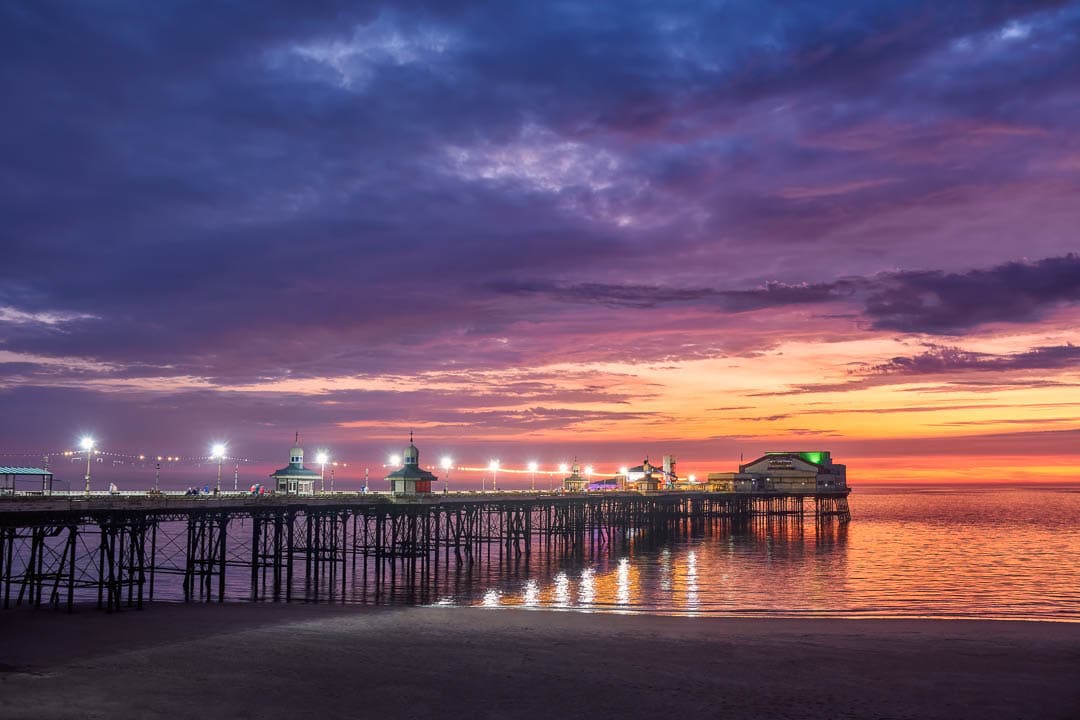 Take this example of pier shot which I took after sunset. The shutter speed was down to 1/3” despite my opening the aperture and increasing the camera ISO. I didn’t want to open the aperture further or increase the ISO because of other problems this might cause. After a few failed attempts, I was able to shoot still shots by leaning on some railings.

Let’s now look at some of the problems that can affect you when photographing with a camera support.

When we think of how to avoid camera shake, many people instantly think using a tripod will fix everything. I have two points I want to make on this subject:

When using a monopod to avoid camera shake the secret is to not try to balance the camera on the monopod. Instead put some of your bodyweight onto the monopod. Try holding it in one hand and pressing down whilst the other hand is holding the camera and pressing the shutter button. Used like this it’s not uncommon to achieve stable photos at shutter speeds of 0.5” or slower.

It’s also worth experimenting with image stabilisation if your camera/lens has it. You may find setting this either on or off will improve your performance. And when you’re doing this also test the different stabilisation modes in your camera. Some may work better with the camera on a monopod than others.

The first point to make is that if you are going to use a tripod, be sure that you buy a good tripod but also use it well. 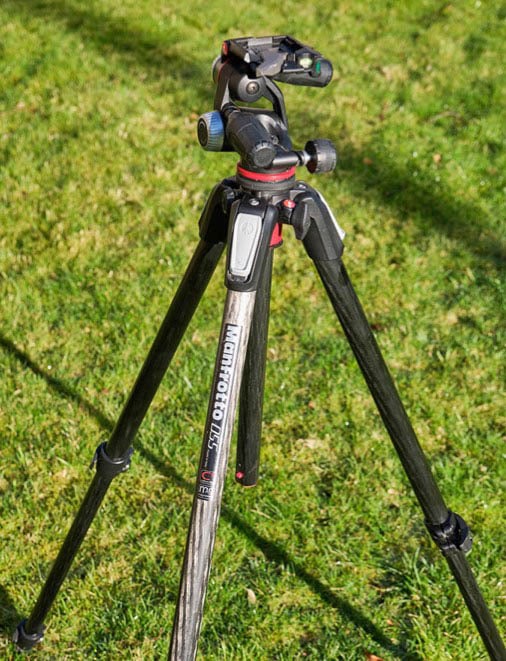 You need to ensure your tripod is level and the legs spread. If the ground is soft or has a lot of vegetation, be sure to push the tripod down to stabilise it before use. It’s also important to use a cable or remote release to trigger the camera shutter. Trying to press the shutter button with the camera on a tripod will frequently cause camera shake.

Another common source of problems is image stabilisation. In the early days of this feature, it was necessary to turn off the stabilisation if you had the camera mounted on tripod. Today, cameras are better at detecting they are on a tripod and so not trying to stabilise the shot. Despite this, you can still run into problems.

Personally, I’ve experienced problems when leaving stabilisation on when it’s windy. Strong gusts can easily cause enough vibration to trigger the stabilisation and cause a shaky or blurred image. You also get a similar result if you’re panning the camera on a tripod for a panoramic sequence. My Fuji 16-80 lens appears particularly prone to problems like these even though the official Fuji advice is to always leave the stabilisation turned on.

I should also mention that when it’s windy, try to position yourself between the camera and direction of the wind. If you are using camera filters, the wind can be a particular problem as the filters will tend to catch it. The simple act of blocking the wind with your body can help to avoid camera shake. 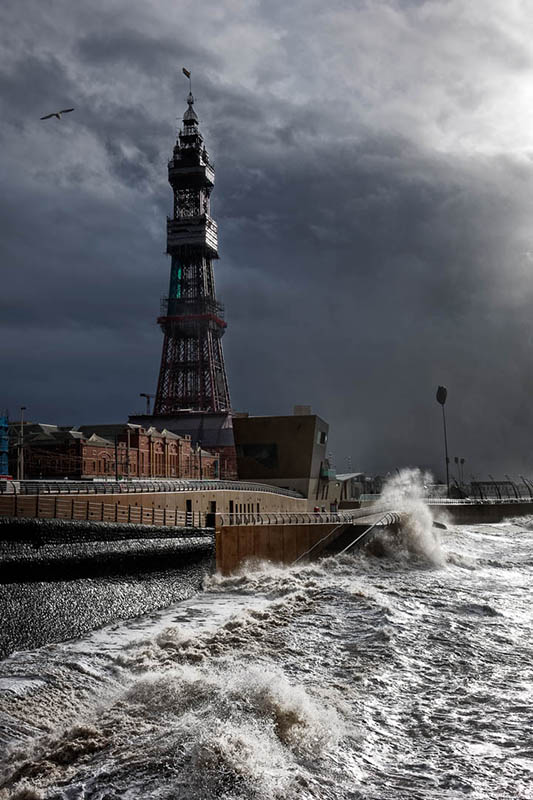 If you are using a camera with a mirror, then you could encounter a problem called shutter shock. This is where the shutter opens with such force that it causes the camera to vibrate, blurring the shot. For a long time, I shot with a Pentax 67 medium format camera which had a huge mirror. It was a great camera but when shooting from a tripod the mirror often caused shake.

The solution was to use something called mirror lock. Many cameras with a mechanical mirror will have this feature. It allows you to lock the mirror open before you release the shutter. Just open the mirror, wait for a few seconds for any vibration to die down, before releasing the shutter.

Saving a Photo from Camera Shake

Sometimes, despite taking all the care you can, a great shot is still ruined by camera shake. At one time there was very little you could do to fix the problem after the event but now that’s changed. The best current solution that I have found is using Topaz Sharpen AI. What this software can achieve is utterly amazing and it can fix all kinds of problems with blurry photos. If you haven’t tried this, it’s well worth downloading a trial (affiliate link).

How to Avoid Camera Shake Summary

In this article I have looked at different ways you can use to avoid camera shake ruining your photos. Shooting with a camera support like a tripod or monopod can reduce the possibility of camera shake but its not always possible. If you need to shoot handheld, try to achieve a fast shutter speed, and use image stabilisation if you have it. You should also use the camera from a solid shooting position, preferably bracing yourself against a support.

When using a camera support, don’t rule out a monopod but be sure to use it correctly. Also remember that using a tripod alone won’t guarantee you avoid camera shake. You still need to use it correctly and perhaps take additional steps like sheltering the camera from the wind and turning off image stabilisation.

If you can follow the advice in this article it will help you avoid camera shake and take sharp photos.