Topaz Gigapixel Review: Does it Live up to the Claims?

​Topaz Gigapixel Review: Does it Live up to the Claims?

Topaz Gigapixel, or should I say Gigapixel AI uses artificial intelligence (AI) to make better image enlargements. The marketing hype surrounding AI in photo editing is intense and I’ve been quite critical of this in the past. AI has a lot of potential, but many companies have released products too soon. In this Topaz Gigapixel review I want to test if the claims of amazing results are really true.

If you use or are considering buying photo enlarging software, I always recommend trying the software first on your own computer. To conduct your own Topaz Gigapixel review and testing, you can download a 30 day evaluation copy of the software from the Topaz website.

Back in May 2019, I published a YouTube video reviewing Topaz Gigapixel, comparing its performance with Photoshop. At the time I achieved mixed results when making enlargements with Gigapixel. Some we poor, but every so often one of the enlargements would be brilliant. Photoshop in contrast produced good results consistently.

But there was another factor which is why I didn’t buy the software.

Topaz Gigapixel was unbearably slow. Whilst Photoshop might take 10-20 seconds to enlarge an image, the same image could take hours in Gigapixel. I remember having to stop one test after an hour and half when all I was doing is was trying to double the size of a Fuji X-T2 image. It’s also wasn’t as if I could run Gigapixel in the background. Every time it ran it would grab every resource on my computer and freeze things until it finished.

If you want to watch my original Gigapixel review, here’s the link to the YouTube video: https://youtu.be/GHnBMuPE48k

Following the performance issues, I’ve ignored Topaz Gigapixel. Then when version 4 released at the end of April 2020 I decided to give it another try. What follows are the tests that I’ve done and an honest review of Gigapixel AI’s performance.

Before we look at the test examples, I want to highlight my first impressions of version 4. Two things were immediately obvious:

With that out of the way, let’s see how the results stack up against the best Photoshop has to offer.

I’m using Photoshop CC for the comparison because it’s fast, the results are generally good and it’s what I used for the previous review. The latest version of Photoshop currently is 21 and I’m using release 21.1.1.

For this first test enlargement, I’m using the following image. 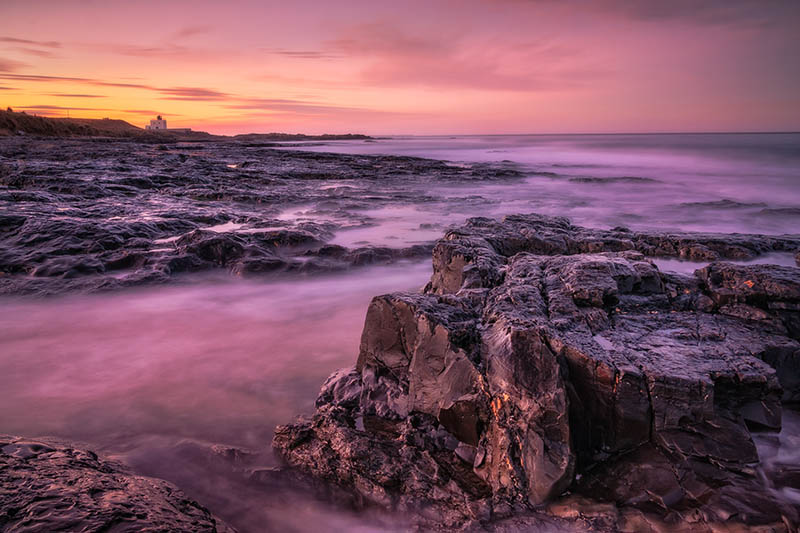 I produced the test image using the original RAW file, converted with Adobe Lightroom. I then saved it as a 16-bit TIFF file. It’s in the Adobe RGB colour space and doesn’t have any compression.

Starting with Photoshop CC, the Preserve Details option gave the best results. Below you can see a small section of the foreground rock at 100% magnification. 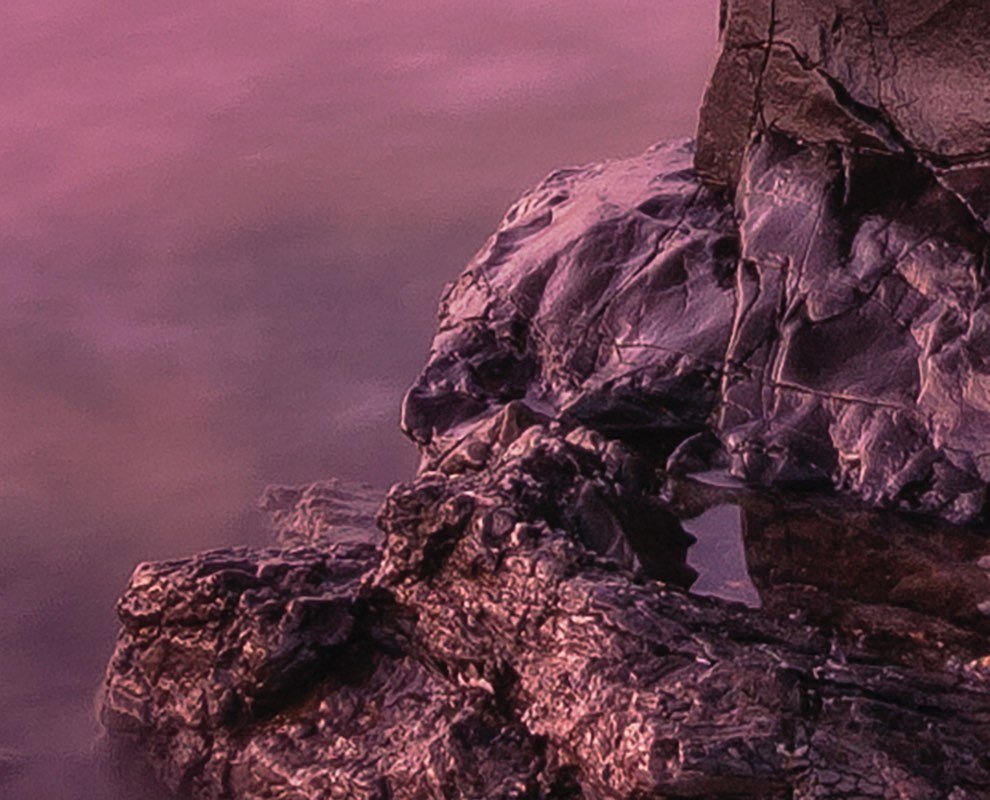 This enlargement took only 5 seconds to complete.

Now let’s compare this with Topaz Gigapixel AI. You can see a similar section from the enlarged image below. 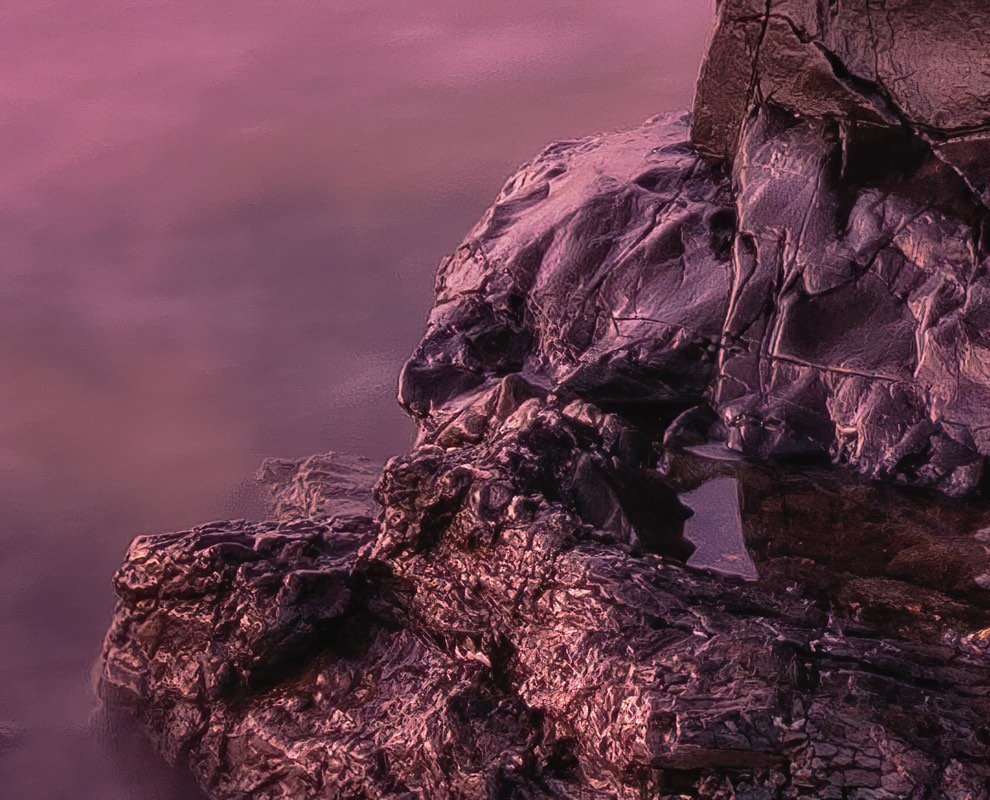 The improvement is immediately noticeable and when you put the two together side by side, the Gigapixel image is significantly better. I’ve tried to show this in the following screenshot where Gigapixel is on the left and Photoshop on the right. Please click the image to  view at a higher resolution. 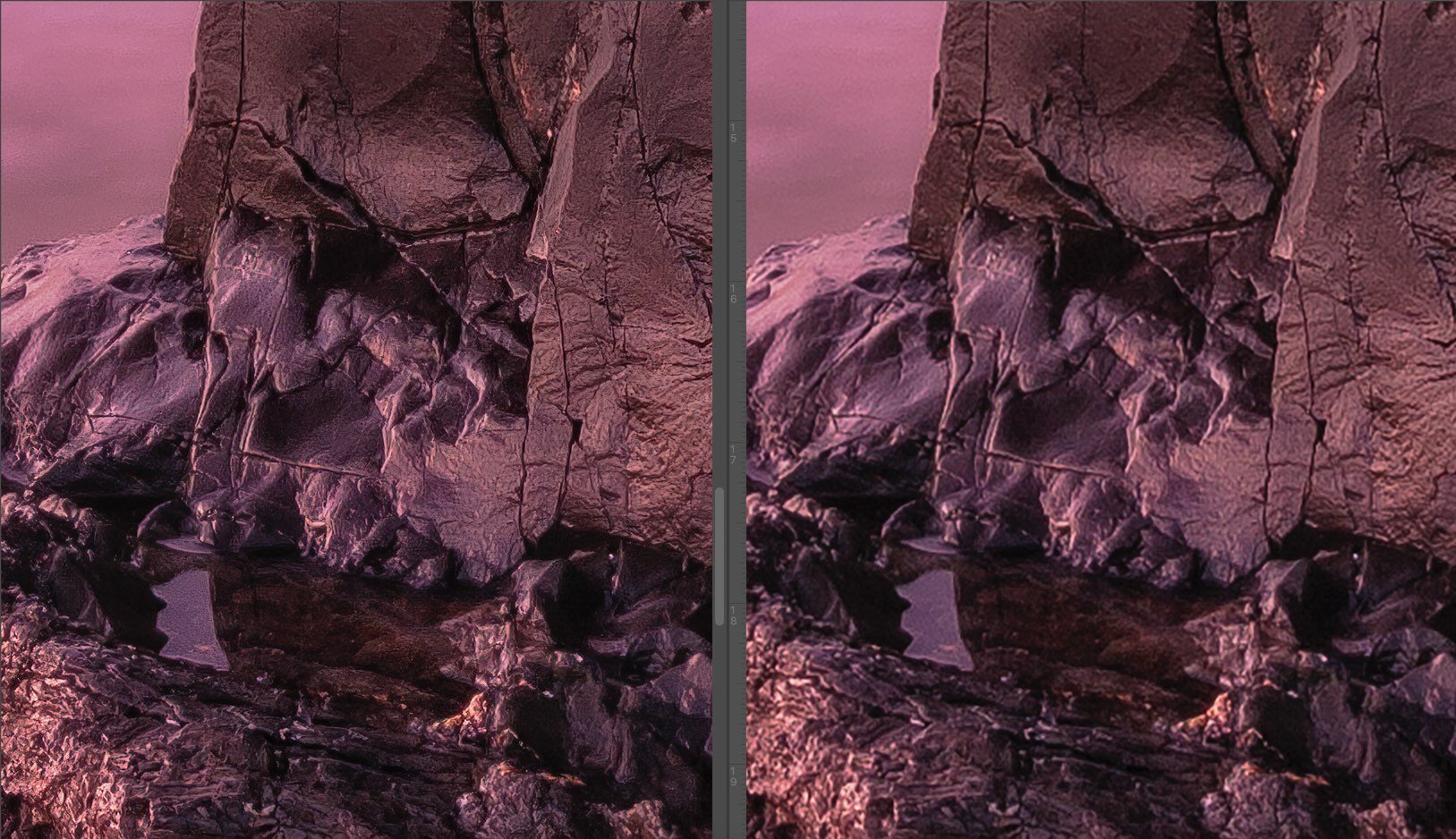 The results from our first test look like Topaz Gigapixel AI is a clear winner.

Well, yes and no. The quality is great, but the performance isn’t quite as good. Photoshop took 5 seconds to complete the enlargement but Gigapixel was 8 minutes 37 seconds.

In this second test I want to look at enlarging an image shot with a mobile phone. As the saying goes, the best camera is that one you have with you and sometimes that happens to be your phone. 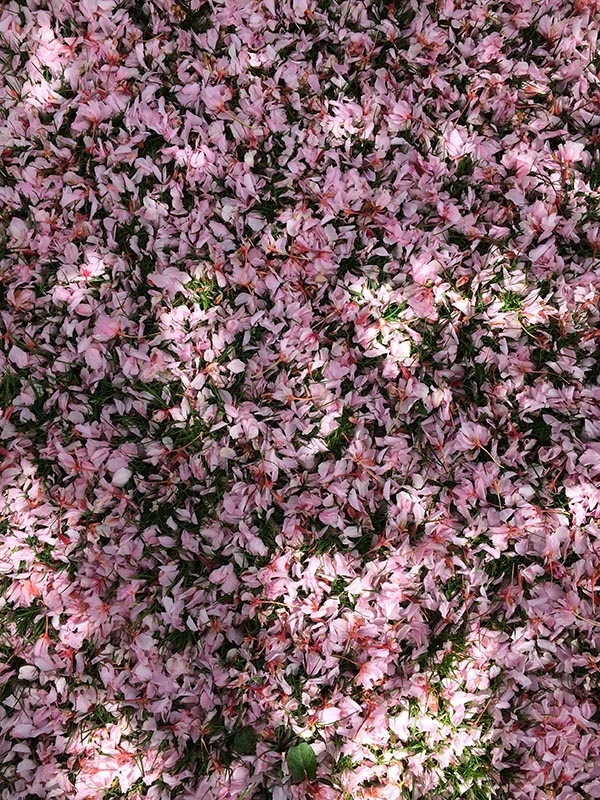 When I shot this, I was passing a flowering cherry tree when I noticed the ground around it covered with flowers. I didn’t have a camera with me, so I snapped it with my old iPhone 5. The image is 2,448 x 3,264 pixels, which at 300dpi would give a print approximately 8” x 11”.

Let’s look at the results starting with Photoshop. 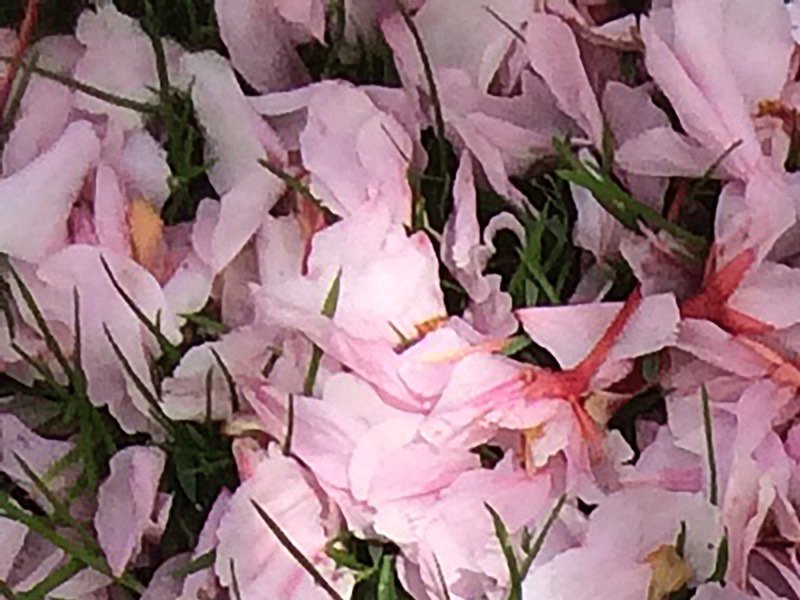 This is a section of the image from the very top left after the 400% enlargement. I made the enlargement using the “Preserve Details” option which seemed to produce the best quality. It was quite fast, taking 11” to complete. 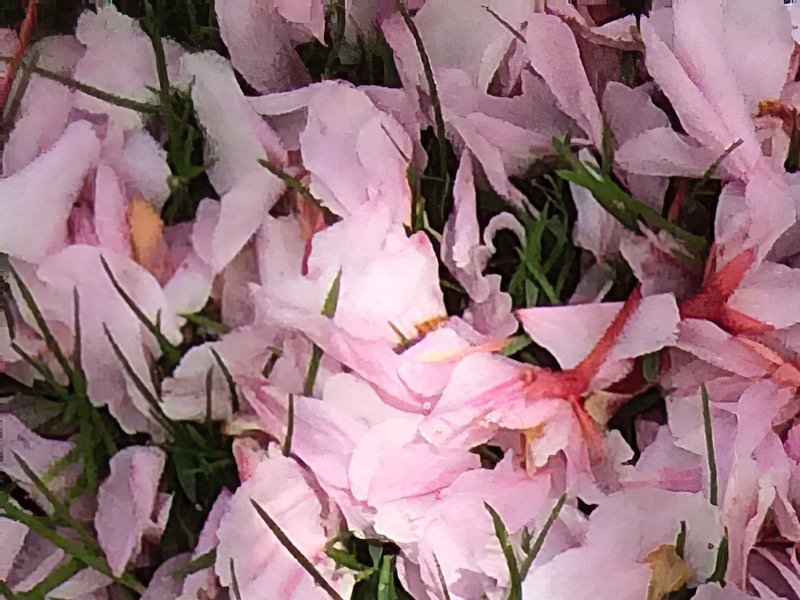 Now for the question of speed. The Photoshop enlargement took 11” but Topaz Gigapixel required 3’ 08” to complete the job. Whilst this seems a long time in comparison, it is a fraction of the time the original version of Gigapixel would have taken.

For this final test I want to try something that’s often frowned on, which is to enlarge a film scan.

If you’re a film photographer and scan film, I’m sure you’ll have heard the advice:

Here’s a small section of the enlargement made with Photoshop using the Preserve Details option. 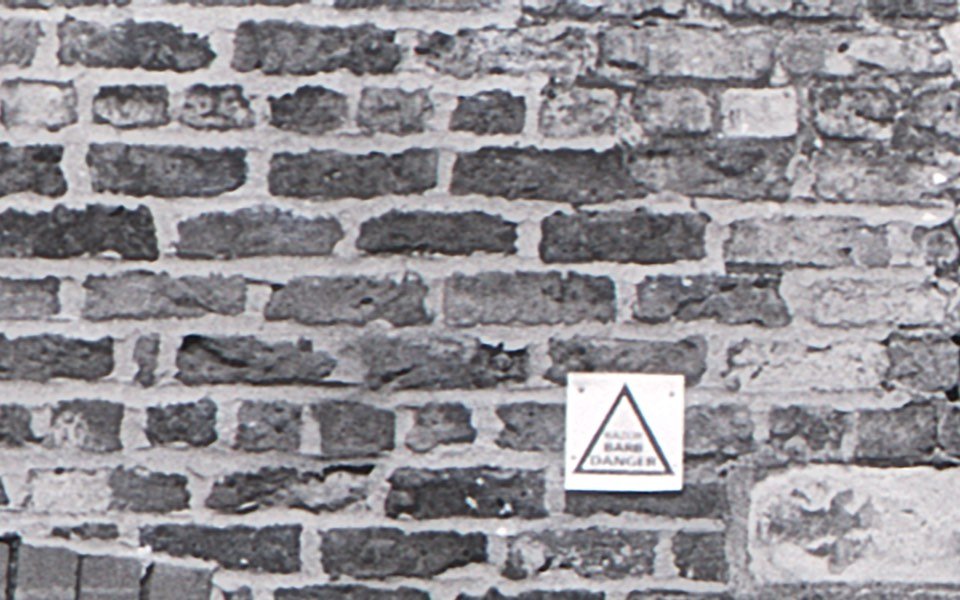 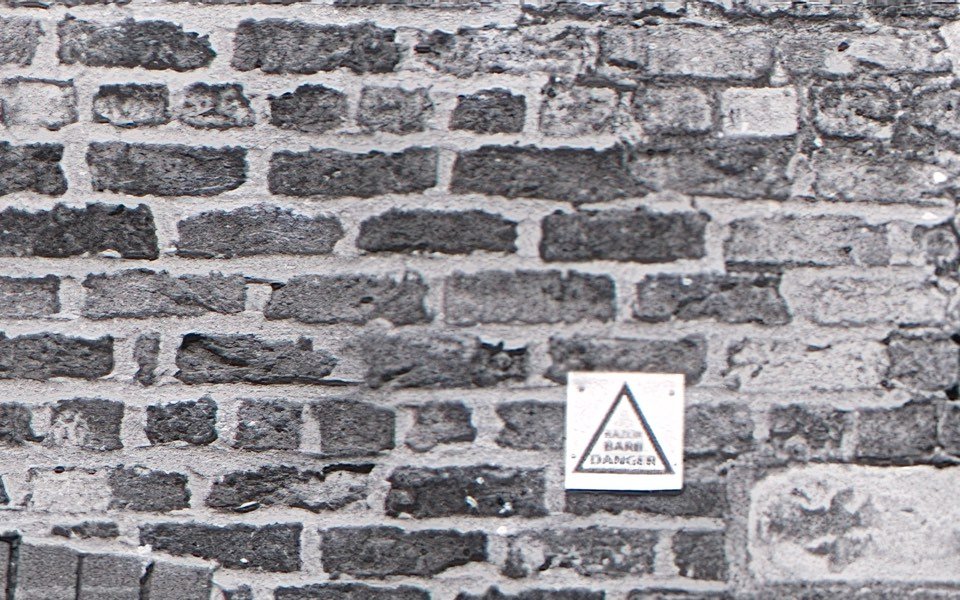 The Topaz Gigapixel version is clearly sharper and has more detail. In fact, some of the areas are a little too enhanced but I’ll discuss that in a moment.

Comparing processing performance, Photoshop made the 400% enlargement in just 4” whilst Topaz Gigapixel required 2’ 49”.

In all three of the test scenarios, if we are only considering image quality, Topaz Gigapixel improves on Photoshop. This is most noticeable in the final test where I used a film scan; the difference between the two was significant and immediately obvious.

Whilst I was conducting the tests for this review, I checked each time to see which of the Photoshop options produced the best results. Usually this was Preserve Details. When using Topaz Gigapixel, I set the enlargement to “Auto” except for Test 3. In this test I switched to the manual mode and set the “Supress noise” option to the minimum setting. It appeared that Gigapixel was confusing the film grain with noise.

Looking back to the results from Test 3, I can see turning off all the noise suppression caused some areas to become exaggerated. With a little more time spent refining the settings, it was possible to improve the quality of the results further.

Whilst the image quality produced by Gigapixel AI is the best I have seen of any enlarging software; performance is the Achilles heel. At least that is if you’re comparing it to the likes of Photoshop. But that said, the performance of Topaz Gigapixel AI 4 is a huge improvement on the earlier version. It also benefits from running nicely in the background so you can get on with other tasks. Add to that the nice batch feature and you have something that’s extremely usable.

Now for the elephant in the room.

The main reason why you would make enlargements at this level is because you want to make a print. I therefore decided to print some of the test enlargements. Whilst I can’t show you the results, I’ll do my best to explain the results.

As my largest print size is A2, I decided to slice up the original enlargement (a 41” x 27” print at 300dpi) and print an 8” x 10” section on A4 paper. Now I noticed the image was breaking down and I could see some areas where the image looked pixelated, but this was only obvious on close inspection. If I viewed the image section at 12” I couldn’t see the problem. Given the size of the enlargement, I would need to be more than 12” away to view it properly.

After this I went back to the original image to inspect it more closely. The areas where I was seeing the pixilation were in fact pixelated slightly in the original image. All that was happening is that Topaz Gigapixel was enhancing what it perceived to be fine but blurry details. With more carefully image processing and using manual rather than automated enlargement settings, I expect to improve the print results and remove the pixilation.

As for the other enlargements in the testing, test 2 was a large image which I needed to print in sections. Printed at A2 the image looks excellent but so too do the full resolution sections. You would never know this was a photo shot using an old iPhone 5.

The test 3 enlargement is probably the one that’s surprised me the most. Given this was a small scan made on a flatbed the results are amazing. Printed at full resolution, the smallest details just pop off the paper. This is something that I will be investigating further.

To summarise the results of my latest Topaz Gigapixel review is much easier than I thought it would be. Although I’ve only presented three tests, I have tried Gigapixel on many more images. In every case it’s produced an image enlargement that’s better than Photoshop. In some cases, the improvement is only slight but in many it’s obvious.

Whilst Topaz Gigapixel AI is significantly slower compared to Photoshop, it’s still a usable option. The batch function’s good and you can continue working on your computer whilst Gigapixel churns away in the background.

The bottom line is, if you want to produce the absolute best quality enlargements, especially from smaller images, try this software. The 30-day evaluation software is fully functional and not limited in any way. I would highly recommend obtaining a copy to put through its paces on your own computer.