Recently I purchased a Panasonic G9 micro 43 camera. I won’t go through my evaluation process here, but I covered a lot of factors before deciding on the G9. But one feature I didn’t consider was the Panasonic pixel Shift high resolution mode.

At the time, I knew about pixel shift and how the Panasonic G9 could use this to produce high resolution images. Despite this I had discounted the feature as a gimmick for two reasons:

Given that I’m a landscape photographer, this second reason is the most significant problem because most scenes have something that’s moving. If you’ve investigated this feature yourself, you’ve probably seen examples of strange effects where something in the frame has moved. Let’s look at why this happens and later I will share my own “solution”.

Pixel shifting works by moving the camera sensor a small amount in a set pattern. Each time the sensor moves the camera takes another frame. The camera then merges the various frames into a single image, which in the case of the Panasonic G9 is a RAW file. Although the camera takes a sequence of frames in quick succession you only press the shutter button once. Everything after that is completely automated.

The theory is great but there are practical problems. Because it takes time to shift the sensor around and then shoot each frame, there’s a slight delay between each shot. This means that if there’s anything moving in the frame, it will be in a different position in each shot. When the camera comes to merge the images, you can see the moving object in multiple positions. Because this creates a kind of repeating pattern that’s unnatural, our brains immediately pick it up.

This image may look fine at first glance. 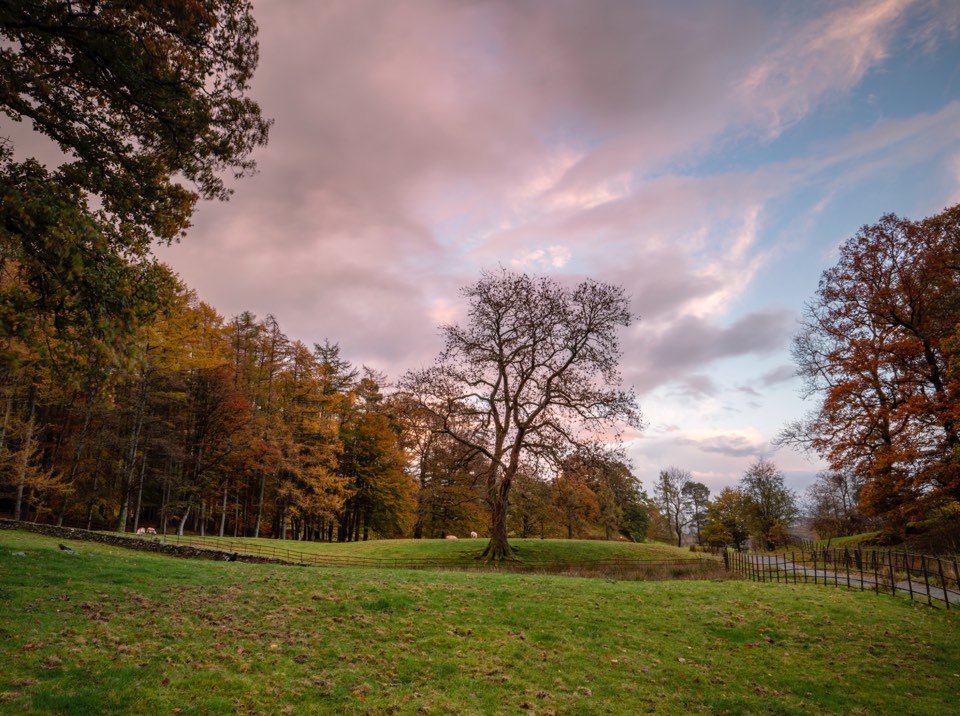 But look more closely at the branches of the tree top left of frame. 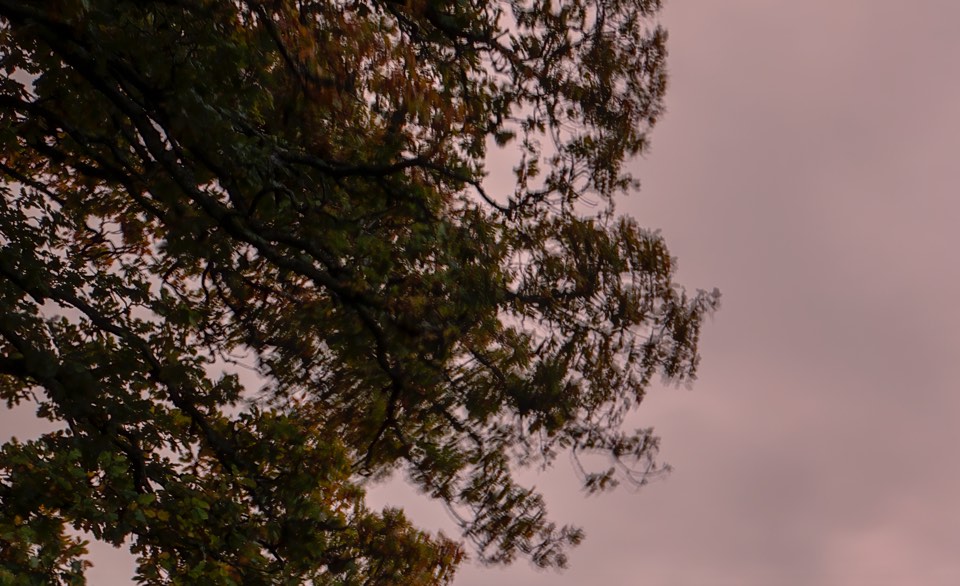 Notice the ghosting in the moving branches, caused by the branches being in slightly different positions in each frame. When the camera merges the frames together, we see this strange effect.

Panasonic isn’t the only manufacturer using pixel shift technology. Olympus has this feature in some of its cameras as does Sony and Pentax. In the case of Pentax and Sony the technology is slightly different to Panasonic and Olympus (at the time of writing). Both Pentax and Sony shift the sensor by 1 pixel which then creates an image at the same resolution as the sensor but with greater detail. In contrast, the Panasonic and Olympus approach shifts the sensor by half a pixel but takes more frames (8 rather than 4). This then creates a larger (higher resolution) final image.

How much resolution is possible depends on the camera as well as the technology.

With the Sony A7R III you get 7952 x 5304 pixels which is the same as the camera’s native resolution. By comparison, the Panasonic G9 can produce 7776 x 10368 pixels when using pixel shift in the highest resolution mode. This is against a native resolution of 3888 x 5184 which I’m sure you will agree is a sizeable increase. But is this additional resolution usable image quality or is it just a larger, softer image?

What About Image Quality?

Earlier I said that I initially had two misgivings about using my Panasonic G9’s pixel shift feature. One is where something is moving in the frame and the other is that the image may be soft with less detail. Here you can see a section from the centre of the frame viewed at 100% magnification. 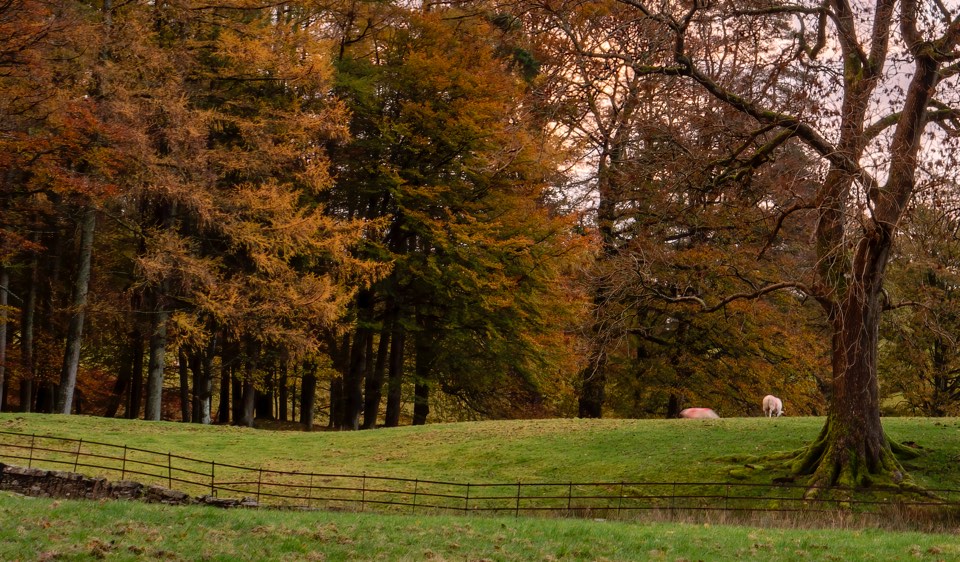 It looks good in this central section but if you have any flaws in your lens, usually in the corners or edges, they become magnified. So, is there more or sharper detail?

Here’s an example to illustrate the point. These are small sections of two larger images viewed at 100% magnification. 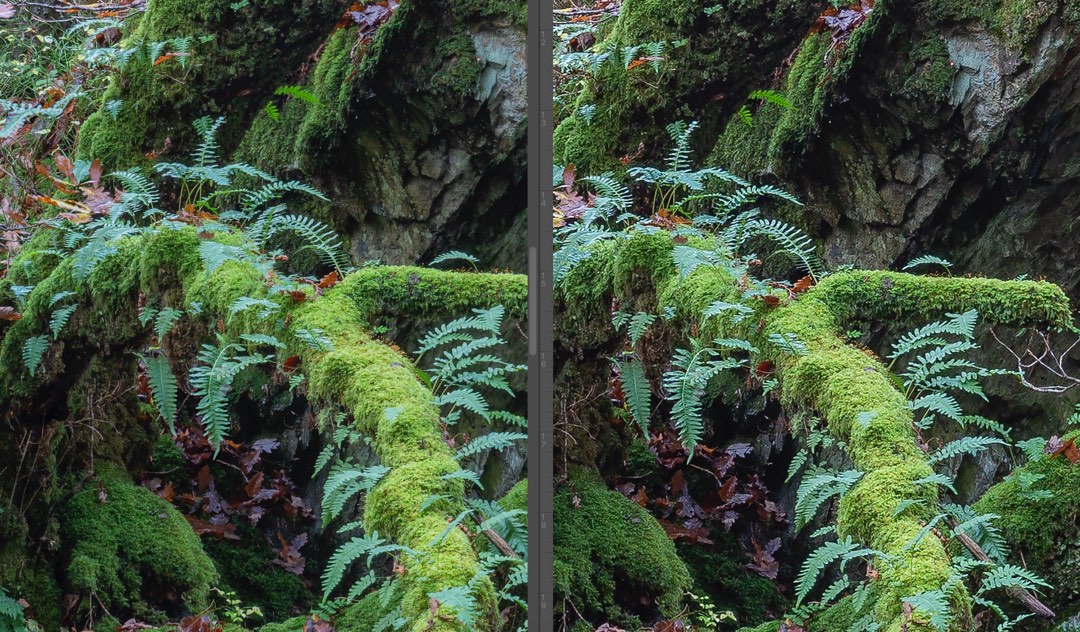 The image on the left used pixel shift with a Panasonic G9 set to 80.5M high resolution. The Panasonic G9 has two settings when using the high-resolution mode with the largest being 80.5M, producing a 7776 x 10368 pixel RAW file. The image on the right is from the native resolution RAW file (3888 x 5184 pixels). I then enlarged this using Photoshop (Preserve Detail 2 setting). 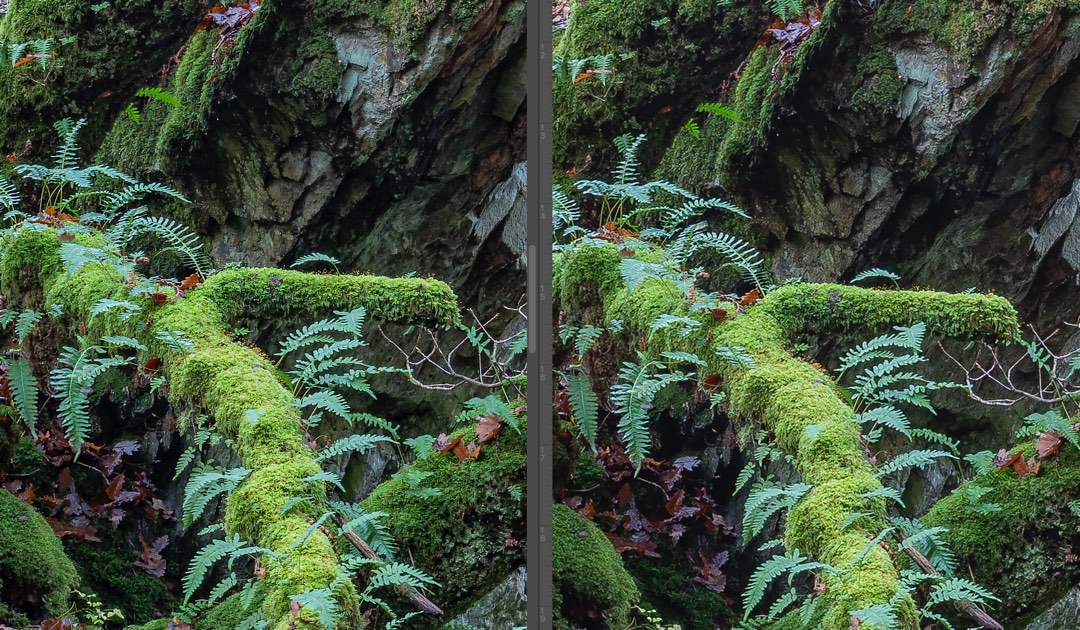 Much finer detail is now more obvious in the high-resolution version of the image. It may be difficult to see from screenshots on a website, but the detail is finer and there is less of a problem with sharpening halos than in the upsized version.

Something else that I have noticed when sharpening images created using pixel shift is that it can be easy to exaggerate pixilation. Rather than sharpening fine details in the image using a low radius setting (less than 1), they seem to respond better to a higher radius setting. It’s also a good idea to use the Mask or Threshold slider to restrict sharpening to more obvious edges.

Is Pixel Shift Worthless Then?

Pixel Shift isn’t perfect and has potential issues that you need to be aware of. But many of these only become apparent if you look closely, often needing to magnify the image to 100%. Remember, a pixel shift image from the Panasonic G9 would measure 43.2” x 32.4” when printed at 240dpi. You won’t be pressing your nose against a print of this size because if you did you wouldn’t see the image.

When pixel shift images work, they are superb, but you may need to shoot and process them a little differently to ordinary shots.

Movement in the frame is possibly the most significant issue you will need to contend with when shooting landscapes. If you can’t avoid movement completely, ironically you may be able to fix the issue by exaggerating the movement.

Here’s a section of another pixel shift image like the one that we’ve just looked at, but this time in black and white. 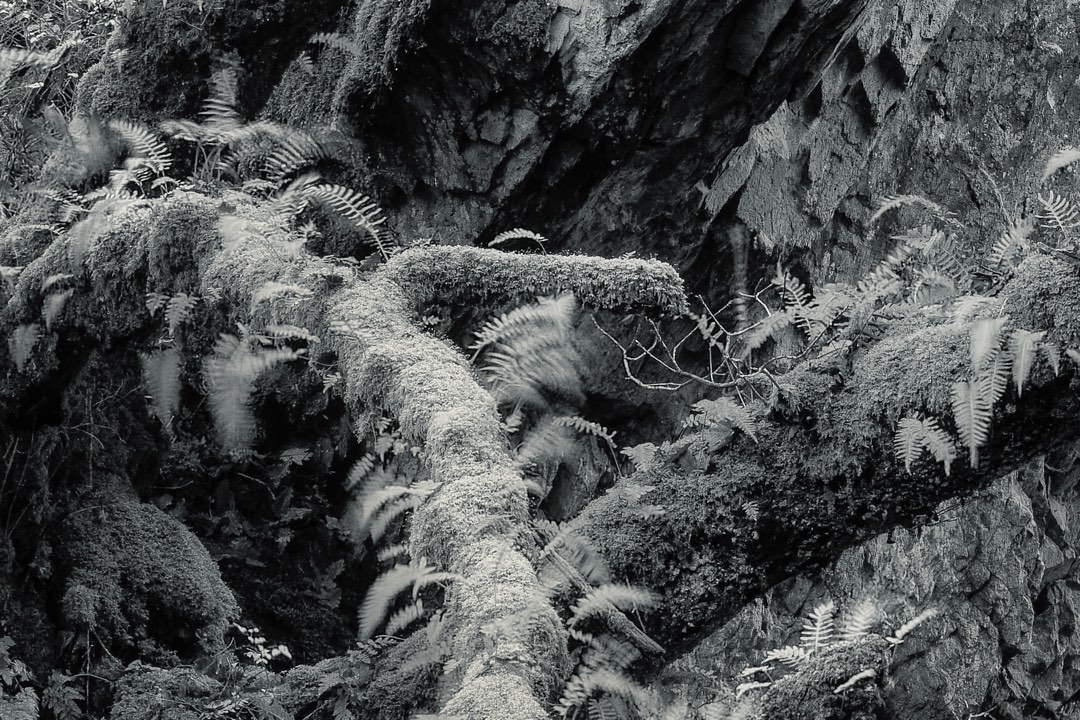 Notice the movement in the ferns on the tree; it appears entirely natural. I achieved this by extending the exposure using a polarising filter.

If you are going to use pixel shift for landscape photography, be sure to have a polarizing filter or better still some high-quality Neutral Density filters with you in case you need to slow the shutter speed. At least that is until the camera manufacturers can fix the ghosting problem with realistic in-camera processing.

My personal view of using pixel shift with my Panasonic G9 is positive. I wasn’t expecting this to be a valuable feature and I’ve been pleasantly surprised by the results. It’s something that I will continue to use and experiment with.