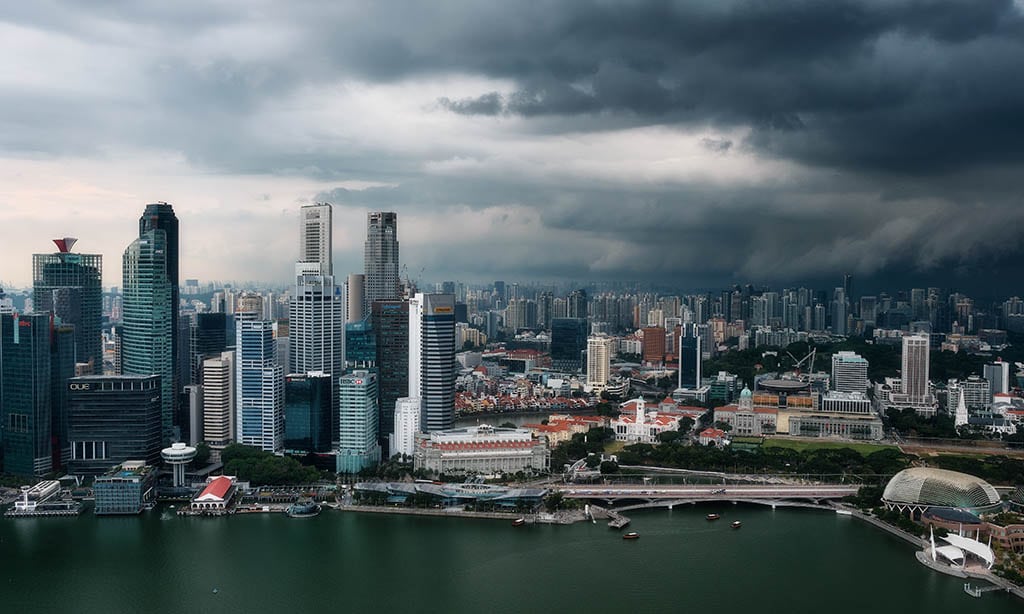 If there’s one thing I hate its lens reviews. You know, the type that tells you all about the sharpness and resolving capability. Yes, these things can be important. After all, we all hate poor lens quality.  But the thing about sharpness and distortion charts is they don’t help you understand what a lens is like to use. That’s why I decided to share my real-life experiences with the Fuji 18-135 lens by writing this review now.

Don’t expect any charts or even evidence to back up my experience. This is about my thoughts as a long-time user of the Fuji 18-135. If you want lens charts here’s a good site. You click the Lab Test to check the sharpness at different focal lengths and aperture. But if you want real-life experience, please stay with me.

Before I share the finer details of my review, I want to give you some background. You probably already know, or at least have heard, that Fuji can make exceptional lenses. In fact, most of the X Series lenses range from very good to amazing. But the 18-135 has always been something of an anomaly. It’s not a cheap lens – checking Amazon (September 2019) it’s priced at £679.

Given the price and that it’s one of the Fuji premium lenses, you would expect great results. 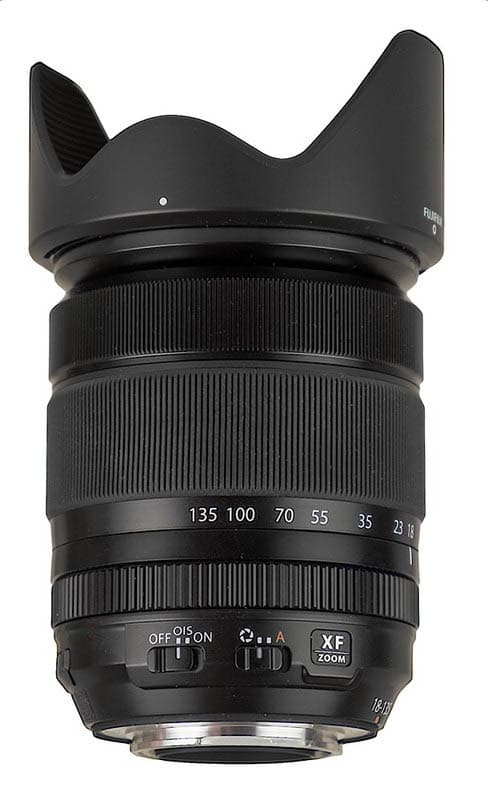 My first experience with a Fuji 18-135 lens was in 2016 when the Fuji X-Trans was completely new to me. I purchased a used Fuji X-T1 and used Fuji 18-135 together with Fuji 10-24 and Fuji 55-200 lenses. The Fuji 18-135 was the first lens I tried, and the results shocked me. Every shot had a problem. Most looked soft and they all appeared false, as though they were a drawing and lacking detail. The lens also suffered from being very soft on one side at some focal lengths.

As you can imagine, I jumped onto the internet and started researching Fuji X-Trans problems. That’s when I came across lots of articles saying how poor this lens was and discussing imaging problems with the Fuji X-Trans sensor. To cut a long story short, I stuck with the Fuji system, but the camera and lenses went back. The exception was the Fuji 10-24 which I still have.

After a year, I decided I should try another Fuji 18-135 lens, but this time I purchased a new one. The reason for my change of heart was the convenience of this focal range. In full-frame terms, it’s around 27mm to 200mm which makes it very useful when you need to limit your equipment.

This isn’t a large lens. It’s approximately 10cm long and feels only a little larger than the Fuji 10-24, although a different shape. Rather than the barrel of the lens tapering to the mount, the barrel is cylindrical.

The lens barrel is metal as is the lens mount. At 490g it feels a little lighter than expected when you pick one up and it’s certainly lighter than some of the other Fuji lenses. Despite this, it still retains a feeling of quality. It’s also worth mentioning that the Fuji 18-135 lens is weather resistant making it perfect for taking out into the landscape.

As you would expect, there is a thread on the front of the lens for a screw-in filter. This has a diameter of 67mm.

Although I use 100mm Kase filters, I do have a set of Lee Seven 5 filters for my Micro 43 cameras. You may be interested to know that I can use the Lee Seven 5 system on this lens without vignetting. If I use a UV filter on the lens together with the Lee Seven 5, there is only the slightest hint of vignetting in two corners. You can easily correct this in post-processing. 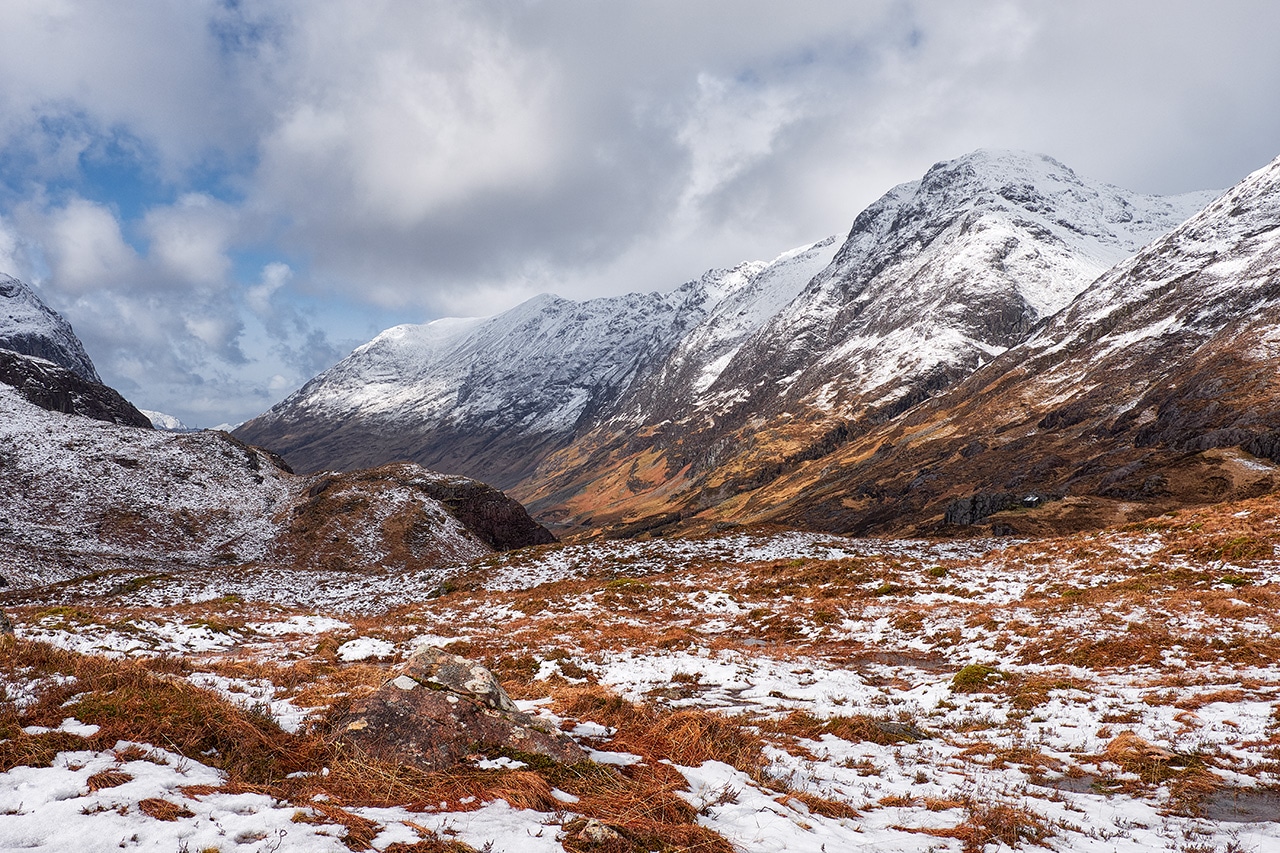 The minimum aperture is f/22 but I don’t recommend using this as diffraction does become noticeable at some focal lengths. The maximum aperture is variable, ranging from f/3.5 at the 18mm end of the focal range to f/5.6 at 200mm.

The barrel has a switch for image stabilisation allowing you to turn it off and on. In terms of the stabilisation, it’s effective but not sensational. It will certainly allow you to achieve slower shutter speeds than you might otherwise try.

There’s also a second switch which is common to many Fuji lenses. This switch the aperture adjustment to ring on the lens rather than controlling the aperture from the camera. If you have never used this feature, it’s a joy and makes the lens easy to handle.

Overall the Fuji 18-135 handles like a quality lens. It feels very well balanced and when you have it on the X-T1, X-T2 or X-T3 bodies it feels perfect.

Now, this is where I’m going to become a little more subjective. You must understand that some RAW converters have a problem with the Fuji X-Trans RAW files (although some will argue this point). My personal preference for RAW converters was Adobe Lightroom but I recently switched to Capture One. I this switch because Lightroom made such a poor job of converting my Fuji images. Lightrooms great if you’re a Nikon or Canon user, but for Fuji it sucks.

For reasons that I don’t understand, these problems seem exaggerated for some images shot with this lens. Unfortunately, many people use Lightroom and evaluate their lens quality based on RAW processing. If you shoot with a Fuji and use Lightroom I would urge you to try Capture One. There’s a free Fuji version you can download and whilst it has fewer features than the full version, it’s still a very good RAW converter.

Rather than go on at length about the optical performance of this lens, I will summarise a few key points:

Overall, it’s a solid optical performer but it doesn’t have sparkling performance.

I want to say that this lens is one of my favourites. If I lost or damaged it, I would be buying a replacement immediately.

The reason for this is its flexibility and usability. This is a great all-round lens, especially if you’re going to be travelling. Last year I took this lens to Singapore, Australia and New Zealand along with my Fuji X-T2. Because I could carry the camera and lens in a small shoulder bag, I used the combination almost exclusively for most of these trips.

Could I have achieved sharper images using the Fuji 16-55? Probably, but then it’s about twice the weight, doesn’t have the same reach and lacks image stabilisation. The convenience of having a lens that you can leave on the camera and which fits in a small shoulder bag is wonderful. Don’t underestimate the convenience factor. It makes photography a lot more enjoyable.

To be honest, after two years of use, I don’t have any real negatives to share. This lens is good for most things but not great at any of them. It doesn’t quite have the maximum aperture for shallow depth of field. The focal range doesn’t go to any “extremes” at either end. The image quality is good but not fantastic. It’s just a usable, robust performer.

The Fuji 18-135 lens is well suited if you like to travel or hike with a camera. Being able to use a lens all day for most things whilst out walking is great. It means you can travel relatively light and compact. This is also what makes it a great travel lens. Having a lens and camera with you most of the time allows you to capture shots you would otherwise miss.

But what if you like to look at the pixels of your images to judge the quality. If you’re not happy unless you see exceptional sharpness. You shoot wide open and use a shallow depth of field for a lot of your work. If this is you, don’t buy this lens; it will frustrate you.

For me the acid test is “do I like the results” and the answer to that is yes. If you decide to buy this lens understanding what it’s good for and what its limitations are, then I think you will be happy.