If you think you understand RAW Format Photography, this tutorial may hold a few surprises for you. It’s not that it’s a confusing subject, it’s more that it’s easy to overlook some important points about the subject. In this article, we are going to delve into RAW format photography and examine how you can take advantage of the technology. It also demonstrates the importance of using the right RAW converters if you want to achieve maximum image quality. Be sure not to miss the RAW Converter video towards the end. 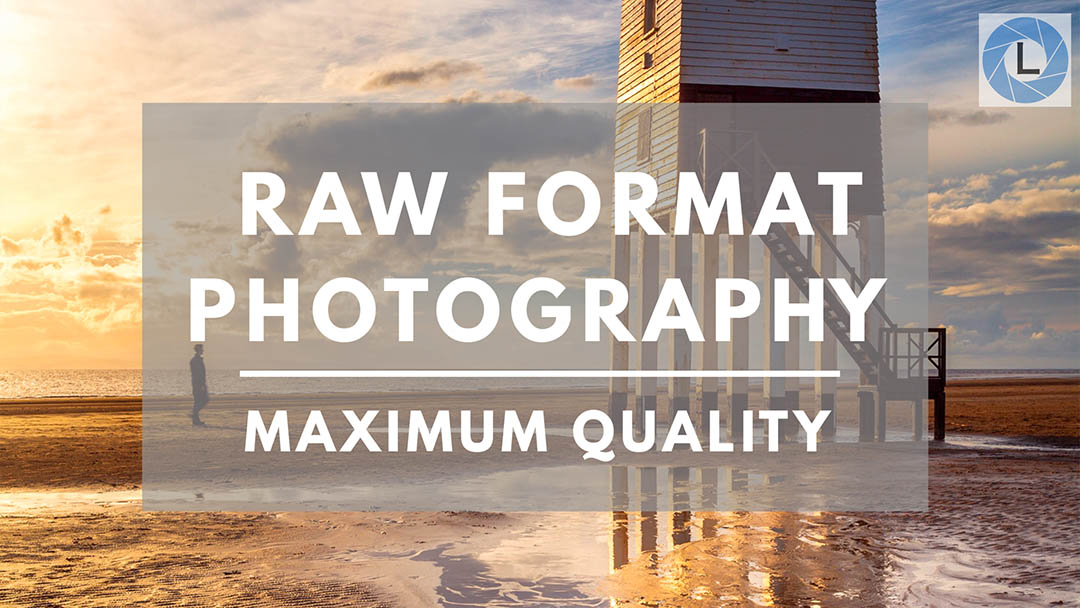 What is RAW Format Photography

When photographing with a digital camera, the camera lens focusses the image onto the camera sensor. The sensor contains photoreceptors that capture the image, producing the pixels. The camera then saves the information captured by the sensor to the memory card. This is how the image is stored and depending on the camera you’re using there are usually a couple of formats you can use. One is the JPEG format and the other is the RAW format.

In JPEG recording, the camera’s internal processor takes care of converting the RAW data from the sensor. It automatically makes decisions about the black and white point in the image as well as many other critical things. It does this based on the camera software and a few settings you can change. Typically, you can set the Contrast, Sharpness, Saturation and film simulation used but your control is very limited. After processing the sensor data into a JPEG image, the rest of the data’s discarded.

In contrast, capturing the image in RAW format records all the sensor data as a RAW file. The benefit this gives is that YOU make the processing decisions, not the camera. And if you compare the level of control available in-camera (for recording JPEG images), the typical RAW converter is infinitely superior.

But all this power and control provided by shooting in RAW format is only valuable if you need or use it. Some people prefer or need the convenience of the JPEG format and the challenge of getting the image right in the camera. If this is you, you might want to read my article comparing the RAW and JPEG formats for photography.

Are RAW Files Processed in Camera?

At this point, we need to clear up a common misconception about RAW format photography and that’s the question of processing. You’ll probably see it stated that the camera doesn’t process the RAW files and they represent the data captured by the sensor.

This isn’t quite accurate though. There’s a degree of processing that takes place in most cameras between the data captured by the sensor and the recording of that data as a RAW file. The difference to the JPEG example is that this processing is only to “clean up” the data rather than produce an image. I know this because I once met an expert in signal noise control who consulted for some of the best camera manufacturers.

Whilst RAW files aren’t an exact copy of the pure raw data from the camera sensor, think of them as being an optimized version.

Probably the biggest benefit to RAW format photography is that you convert the RAW file data into an image separately to capturing that image. This brings two important advantages over JPEG image capture:

Another often overlooked benefit is that once you have a RAW format photograph, you can reprocess the file again in the future. This is important because the quality of the latest RAW converters is often far beyond what was available even a few years ago. Having reprocessed some of my earlier images with today’s RAW converters (2019), I’m frequently surprised by how good my first digital camera was.

I used a 6 Megapixel camera (Canon EOS300) in 2007 to capture this image about 30 minutes after sunset. Reprocessed in Lightroom Classic CC 2019 the results are amazing. The native image size is around A4 but it’s possible to produce an excellent A2 print.

If your objective is to produce the best possible image quality and appearance, RAW format photography should be your natural choice.

Disadvantages of the RAW Format

Despite the benefits of capturing photographs in the RAW format, there are some disadvantages to be aware of. You may find the additional cost and overhead required to process the RAW files is too much. RAW conversion software isn’t generally cheap and then there’s all the time and processing effort you need to apply. Yes, you can automatically process RAW files with presets, but then this isn’t much different to capturing the photo using JPEG in the first place.

There’s also the issue of storage as RAW files are usually larger (in space terms) than the equivalent JPEG image. With the price of storage has fallen so much in recent years, this is less of an issue than it was, but it may still be a concern for you.

Another possible drawback to RAW format photography is that each camera manufacturer has its own version of the RAW format. In fact, it’s worse than this as the format tends to change between camera models. This used to cause a concern that in the future, the RAW converters wouldn’t be able to convert old RAW files. Whilst this may happen, I have yet to see RAW formats from popular manufacturers dropped.

Not all RAW Converters are Equal

Now for the very important point. Not all RAW converters are equal, and some will produce better results than others. When I make this statement at camera club presentations, people often think I’m suggesting one RAW converter will produce superior results to another in all cases. But this isn’t what I’m trying to say.

From the testing I’ve done, the type of RAW file significantly affects the performance of the RAW converter. If you process a RAW file using a converter that’s not well suited to that type of RAW file, the results can be very poor.

In the video below I demonstrate the difference between Lightroom and DxO PhotoLab 2 using RAW files from some of my cameras. The difference is significant and in some cases, I needlessly sold cameras that I thought were producing poor results when it was the RAW converter that was the problem.

Which RAW Converter is Best?

Answering which RAW converter is best is a little tricky because best doesn’t just refer to best image quality. There are many other factors that you might want to consider as I described in my article choosing photo editors. But putting this to one side to focus on image quality, here are a few generalisations that might help.

There are of course many other options (free and paid) for processing RAW files and this isn’t a RAW converter review. The best advice I can give is to test out some of these available converters using your own RAW format files. And if you change cameras, don’t simply accept the results of your existing RAW converter. Repeat your testing.

RAW format photography comes with many benefits as well as some disadvantages. If you’re interested in achieving maximum image quality, there’s no question, you need to capture your photos in RAW. But the capturing of photography using RAW format is only part of the image quality equation. The RAW converter you use to process your photos is also a critical component. Not all RAW converters work equally well with all RAW formats. It’s important to test your RAW files to arrive at a decision as to which is best.

I hope you enjoyed this tutorial. If you did, please take a couple of seconds to support me by sharing it with others.