Sometimes, you can read all the theory and training material available, but it doesn’t make sense. This is where an image editing example video can help help you. In this video example I demonstrate how to convert an image captured in RAW format. The conversion processing is performed using Lightroom. Once converted the image is enhanced using the Nik collection of tools. The main tools used here arey Nik Viveza and Nik Color Efex Pro. These can be downloaded for free from the Nik Collection Website.

The image used in this example is a demanding one due to the shadows and contrast. The shooting conditions were also less than optimal. The image was captured on an Olympus EM5 Micro 43 camera. A Lees 6 stop Neutral Density filter was used to slow the shutter speed. This resulted in a shutter speed of 39 seconds, giving rise to a lot of noise in shadow areas. 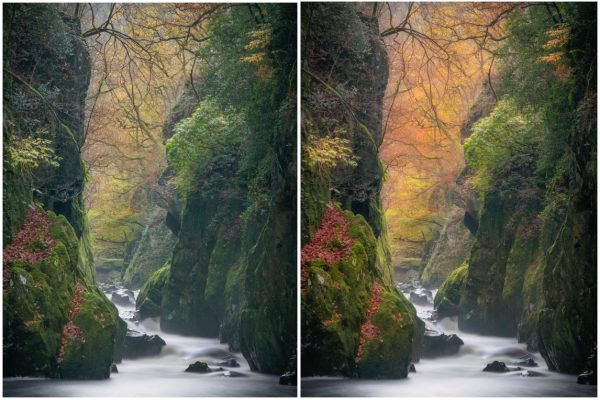 Image editing example before and after

What follows is a video demonstrating the entire image adjustment process. This starts with the adjustment and conversion of the RAW file through to a finished image. Unlike most of my editing work, this editing wasn’t pre-planned. It’s very much “freestyle”. You will see the entire process including all my mistakes and trials. If you find it valuable let me know by leaving a comment. I can then include more of these image editing examples in the future.