You can see the problem of converging verticals where you take a photo of a tall building and the vertical elements of the building appear to converge inwards. This can make a building appear to be distorted and leaning backwards. Sometimes this effect is desirable whilst at other times it’s not.

The following images illustrate the problem. 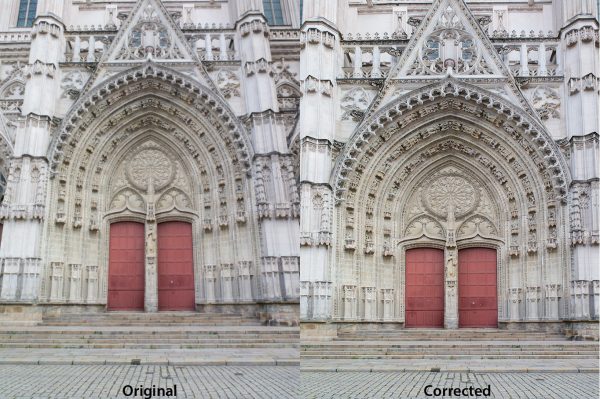 The problem with the previous suggestion is that keeping the back of the camera parallel with the building would most likely prevent you from getting all the building in the frame unless you were using a very wide angle lens. This in itself introduces a greater convergence effect. The alternative is to move further away from the building as distance from the subject is also an important variable.

Historically architectural photographers have address the problem of converging verticals by using special cameras or lenses that have a tilt and shift capability. This allows perspective correction to be introduced in order to fix the convergence. Unfortunately these cameras and lenses are bulky, expensive and take a lot of skill to master. This puts the solution out of reach for most photographers.

With the advent of digital photography we can now correct the problem in image editing tools such as Photoshop.

Here is the process of correcting converging verticals in Photoshop. 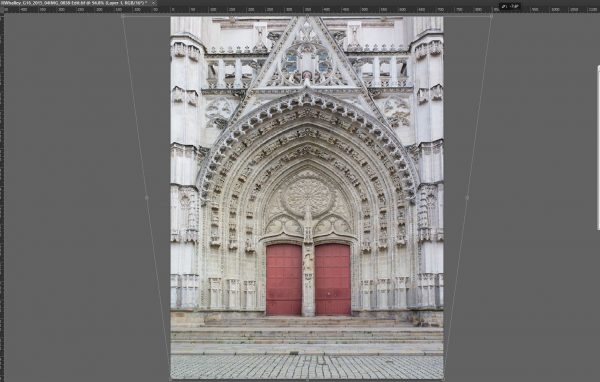 To achieve the best results from this correction process you may need to change your shooting style. Here are a few further tips to help: