How the Photoshop Curves Tool Works 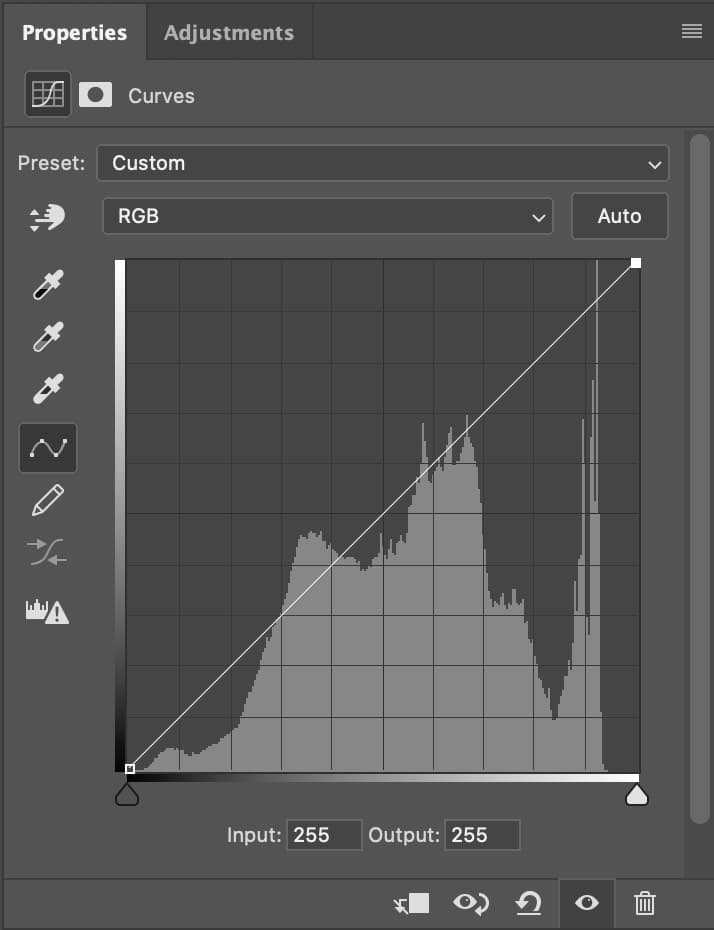 This is what you should see when you add a new Curves adjustment layer to an image in Photoshop.

In the centre of the window, you can see a histogram reflecting the tones in the image. If you’re not sure how to read the histogram or how image tones work, it’s worth taking a moment to read my Photoshop Levels tutorial.

Just below the histogram, you will see two levels which look like pointers. The black level is on the left and the white level is on the right. You can drag these levels left and right to control the black and white points in the image.

The curve, which is where the Curves Tools gets its name, is the straight diagonal line across the histogram. When it’s a straight diagonal like this it’s having no effect on the image. But when you add a point anywhere on the line by clicking, you can apply an adjustment by dragging the line up or down. This also causes it to become curved which is where it gets its name.

The Curves Input and Output Values

The real secret to understanding the Photoshop Curves Tool is to know that it’s really a simple chart or graph. There’s a horizontal x-axis representing the tonal values of the image. We also refer to as being the input values. Then there’s a vertical y-axis representing the output tone values. You can see this in the illustration below. 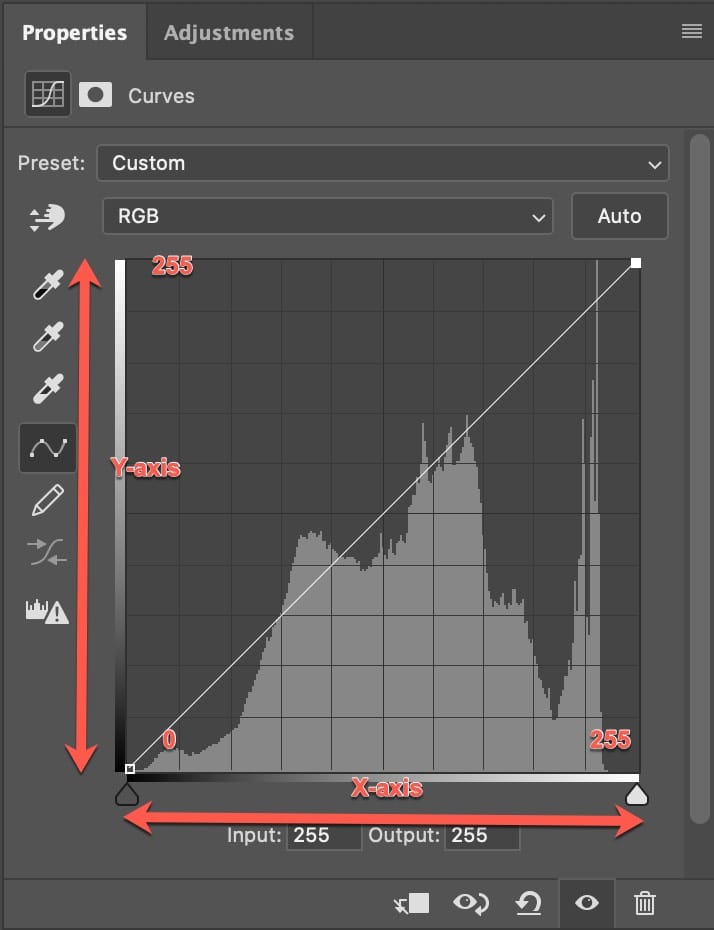 Here you can see both axes run from a value of 0 to a value of 255. The value of 0 represents black and the value 255 white.

The way the curves tool works is that it allows you to select a tonal value in the current image (the input value). We can then change that to a new tonal value (the output value) to make it lighter or darker. It’s probably easier to understand this with an example.

Below you can see a curves tool illustration. Here an adjustment point appears at an approximate midtone value of 130. If we drag the point up, we cause the image to become lighter. 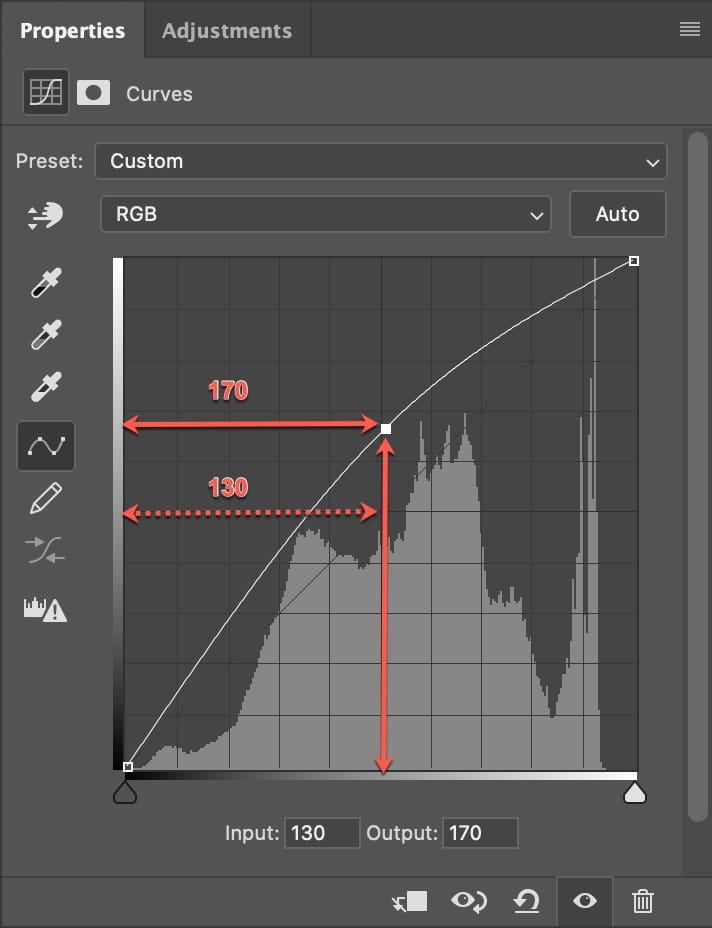 When the curves line was a straight diagonal, the point added to the midtones had an input value of 130. You could then read this against the vertical axis where you would see an output value of 130 also. In other words, the curves adjustment has no effect.

If we move the point up, it now has an output value of 170 on the vertical axis. This means we change the tones with a value of 130 to have a value of 170, causing them to become lighter. You can also see this in the Input and Output value fields below the curve. These fields show the values for the active point on the curve. You can even enter values directly into the fields if you need to work with complete accuracy.

But look also at the rest of the curve. Except for the two ends, any point that you read from the curve will now have a higher value on the y-axis than it did before. This is what makes the entire image lighter.

Now that you’ve got that, watch the video to learn more.

In this tutorial, we’ve looked at how the curves tool works in a way that allows you to apply it to any photo editor. The approach we’ve adopted is to understand that the tool is a simple chart. Once you know how to read this chart you can understand any Curves Adjustment. This is what removes the need to remember the curve shapes when you want to apply your adjustments.

If you enjoyed this tutorial, please share it with others and keep an eye on the Lenscraft website. I will be adding more.