How to Make Selections in Affinity Photo

How to Make Selections in Affinity Photo

The ability to create accurate selections in an image is an important skill for photo editing. Selections allow you to change parts of an image whilst leaving other areas unchanged, for example, to replace the sky. Fortunately, Affinity Photo has several tools to help us easily make selections. I’ve already explained one way to do this in a previous tutorial about using Affinity Photo’s Selection Brush Tool.

The Selection Brush is a great tool for selecting large continuous areas of an image with smooth edges. But when faced with an image like the one below on the left, the Selection Brush fails to make an accurate selection of the sky. You can see this in the screenshot on the right.

Whilst the Selection Brush Tool is a great way to select large continuous areas like a sky, you’ve already seen it has limitations. When you’re faced with selecting or removing fine detail, you might find the Flood Select Tool a better option to work with.

You will find the Flood Select Tool in the Affinity Photo Tools Palette. It’s icon displays a magic wand. 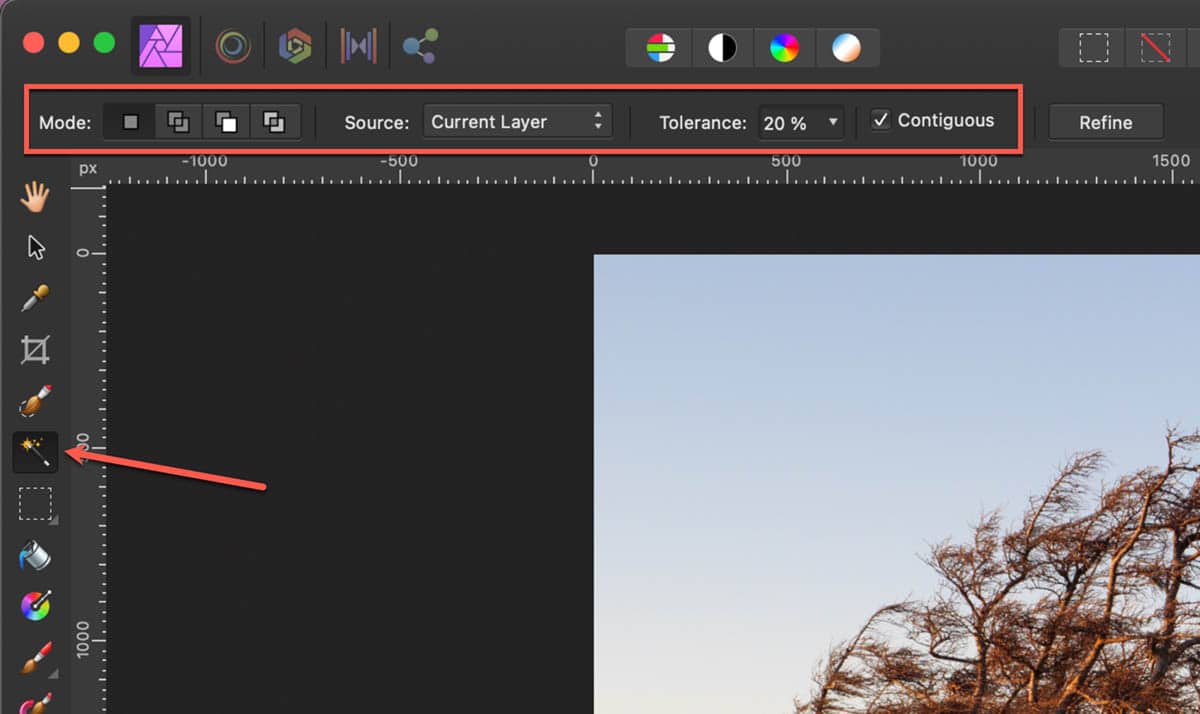 After clicking the icon for the Flood Select Tool, you will see its controls appear in the toolbar along the top of the screen. These controls are key to making accurate selections.

This is what happens when I use the Flood Select Tool to select the sky in the image using the settings you see in the screenshot. 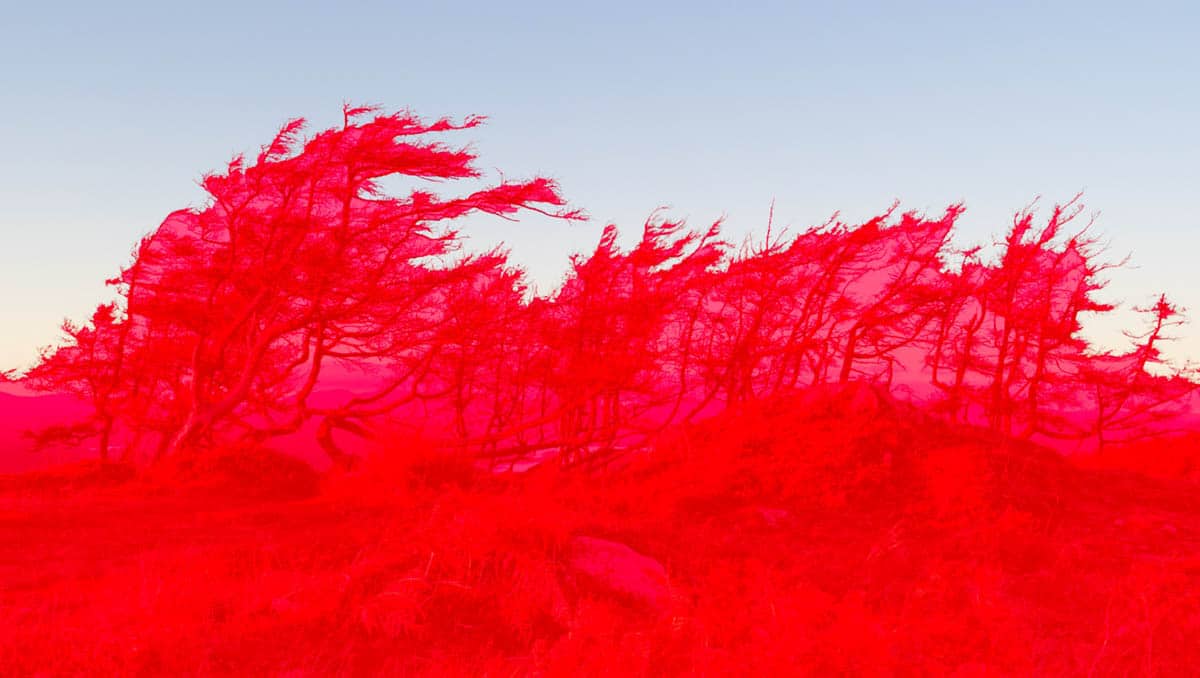 Here you can see the Flood Select Tool has made an accurate selection of the tree branches, selecting even the finest details. The only problem is that it hasn’t selected the sky we can see between the tree branches. But we can easily correct this by deselecting the Contiguous option in the toolbar before making a selection. You can see the result in the screenshot below. 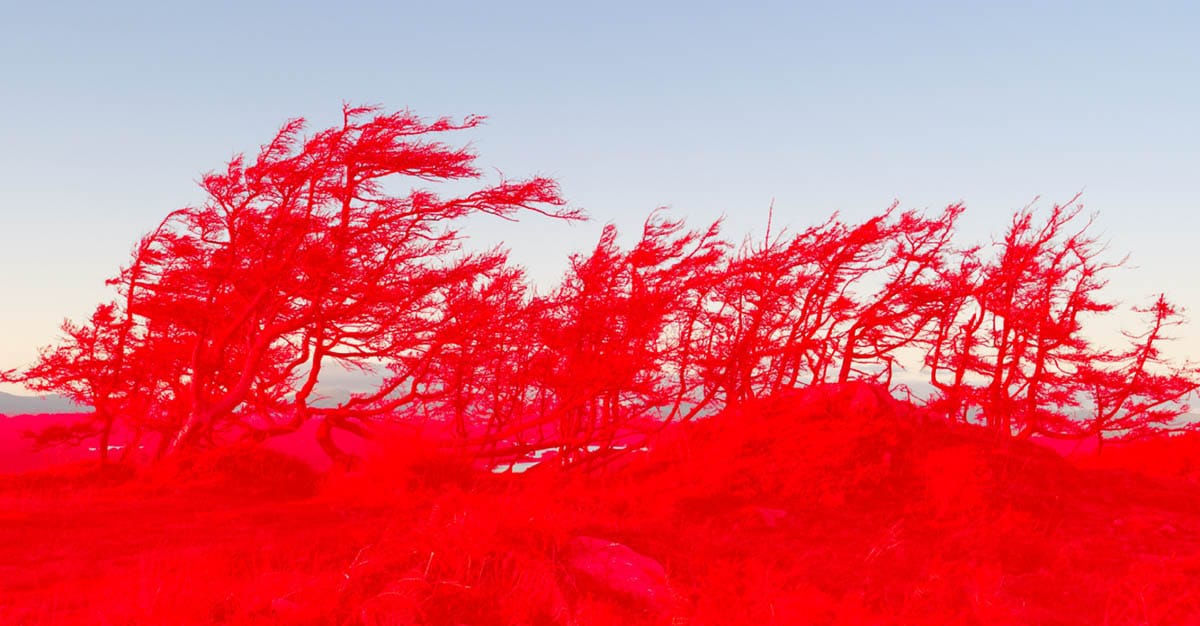 With the Contiguous option turned off, we achieve a much better selection.

The Contiguous option controls which areas are selected. When turned off, areas that aren’t Contiguous with the main area of the sky are also selected. This means that the small areas of sky seen through the tree branches are automatically included. Unfortunately, you can see that the Flood Select Tool has also selected a small lake in the distance behind the trees because it’s a similar colour to the sky. We now need to remove this which will do using the Freehand Selection Tool .

Below, you can see the toolbar for the Freehand Selection Tool.

We can also use this tool to further refine the selection by removing the distant mountains on the horizon, that were included in the initial selection.

It’s also possible to change the mode to Add, to add areas to the selection that weren’t initially included. Using the Affinity Photo’s selection tools in the different modes is an important skill to develop. It means you don’t need to rely on trying to adjust tool settings to achieve a better selection. Instead, you can use any of the tools to improve a selection.

As mentioned in the previous section, Affinity Photo has other selection tools like the Rectangular Marquee tool. Like the Freehand Selection Tool, these tools also have different Modes you can use with them:

Tools like the Rectangular Marquee and Elliptical Marquee make it easy to select large areas of an image. By using these tools with the different modes mentioned, you can quickly refine large areas of a selection.

Here’s an example of the selection after being refined to remove distant hills and all the foreground of the image. The Rectangular Marquee tool was used in the Subtract Mode to ensure nothing in the foreground was selected. 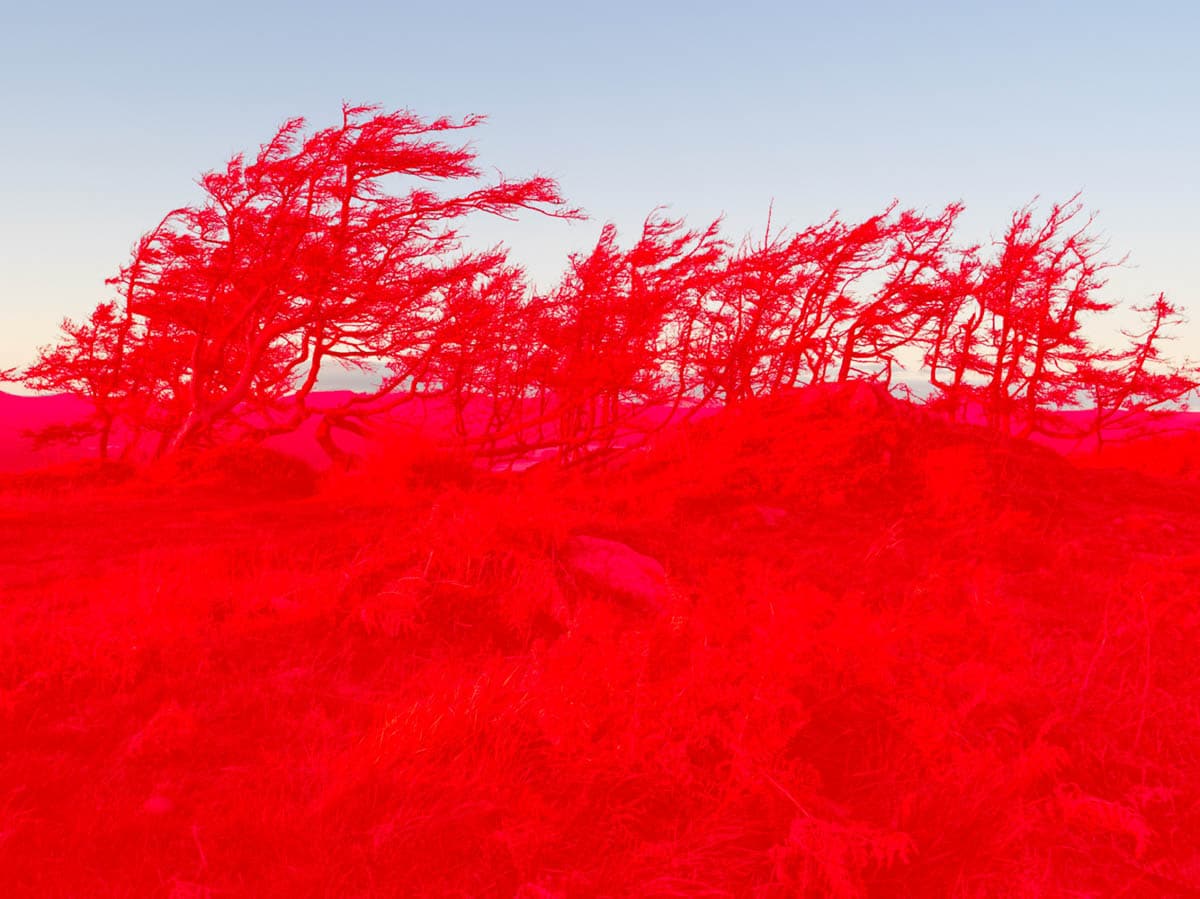 Get Affinity Photo How To

How to Make Selections in Affinity Photo Summary

Possibly the best way to start most selections in Affinity Photo is using either the Selection Brush or Flood Select Tools. These tools can quickly and easily create an initial selection.  Each has its own features which will make it suited to different situations. It’s best to spend some time experimenting with the tools to understand what these situations are.

After creating the initial selection, you can further refine it using other selection tools. Good examples include the Freehand Selection and Rectangular Marquee Tools. When using these tools to refine an initial selection, be sure to use the mode setting in the toolbar at the top of the screen. This allows you to Add Subtract or Intersect a new selection with an existing one.

Plan your selections carefully and you should be able to achieve an accurate selection using these tools, in most situations. If you find your selection isn’t quite accurate enough, consider using the Refine tools. You can learn how to use Affinity Photo is Refine tools in this tutorial.