Lenscraft Member Chuck Slater recently wrote to me following my request to all members for tutorial ideas. Check was interested in making colour corrections to his underwater photography using Photoshop. This article shows how to use the Levels Tool in Photoshop to perform a simple and quick colour correction.

I would also like to pass on my thanks to Chuck for supplying the image used in this Tutorial.

The first step with the image was to convert it from a RAW file to a TIFF image. This was done in Adobe Camera RAW but equally could have been done in Lightroom. Here is the starting image prior to any adjustment. 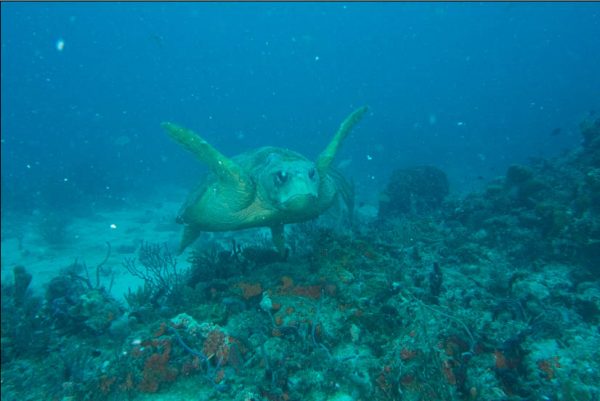 The main task here is to lighten the image to bring out some of the detail. Also we should start to reduce the blue colour cast that is being caused by the water.

Often it’s difficult to see the colour cast properly until the exposure is corrected. Here you can see the corrected image. 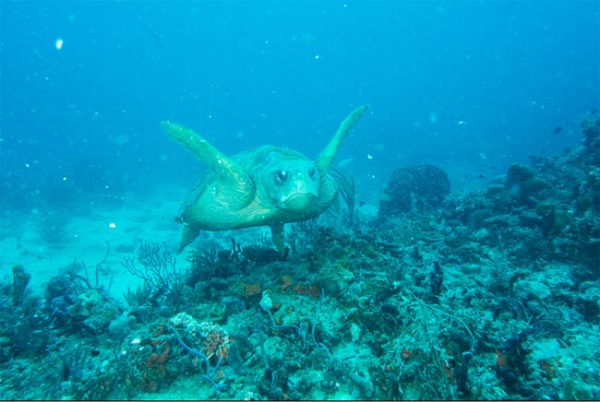 Exposure correction applied to the image

And below are the settings that were applied. 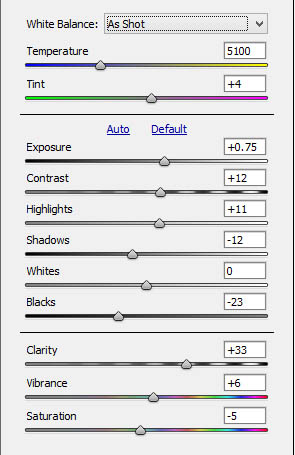 To correct the colour cast I simply used the white balance tool to pick a point in the image to correct. For this I picked the area just below the turtle’s flipper which produced the following. 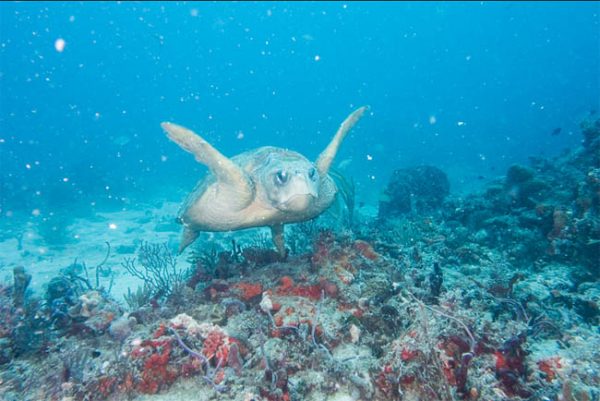 I also made a couple of tweaks to the hue and saturation levels to further balance the image. The key is not to aim for a perfect correction at this stage but to place the colours into roughly correct balance. Here is the split screen preview showing before and after adjustments. 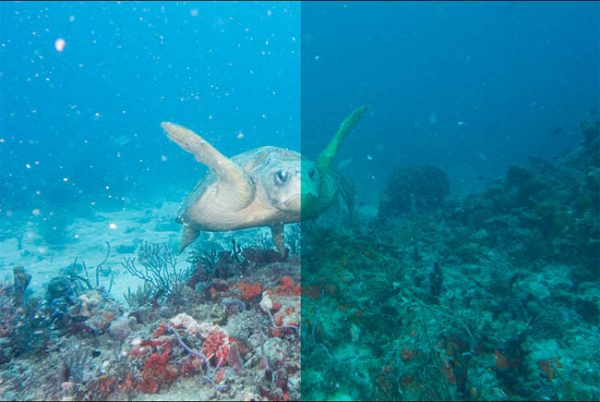 Split screen correction showing before and after

We can now open the image in Photoshop for the Levels colour correction.

Once in Photoshop add a new Levels layer so that the black, white and mid tone levels can be adjusted. Start by moving the black level up to meet the start of the histogram. Next move the white point to meet the histogram at the other end. Finally you can adjust the midpoint level to create the brightness you want. You can see the adjustment I applied below.

Following this adjustment the image was now looking as shown here. 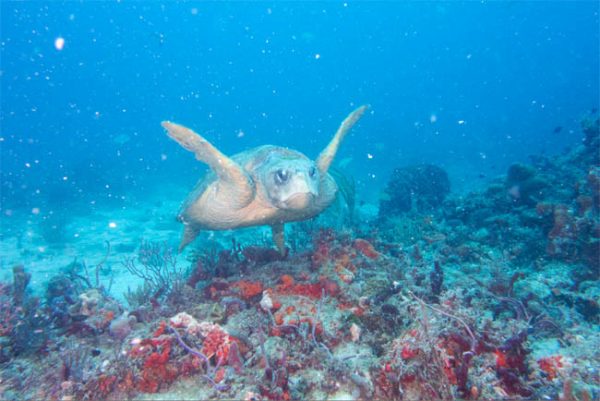 In the Levels dialog switch from the RGB channel to the Red Channel and repeat the black and white point adjustment (but not the mid tone). You can see my adjustment in the screenshot below.

Adjusting the Red Channel in Levels

Now repeat the same process with the Green and Blue channels. Bring the black and white point levels to meet the start and finish of the histogram but don’t change the mid-point. Here you can see the corrected image. 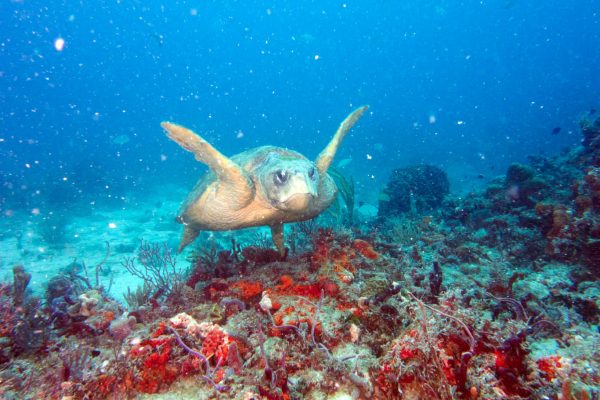 Image following correction of all channels in Levels

As I am not familiar with underwater photography and how this scene might have appeared, it’s very difficult for me to judge if the colours are correct. I do however think that the orange coral in the foreground and the blue above the turtle are a little too strong. I therefore added a Hue and Saturation layer and used this to reduce the saturation in these colours very slightly whilst at the same boosting the global saturation. The resulting image is shown below with the original inset.

After discussing the correction with Charles he thought the image was looking washed out. I therefore increased the saturation and added a curves adjustment to boost the contrast. The result is shown below. 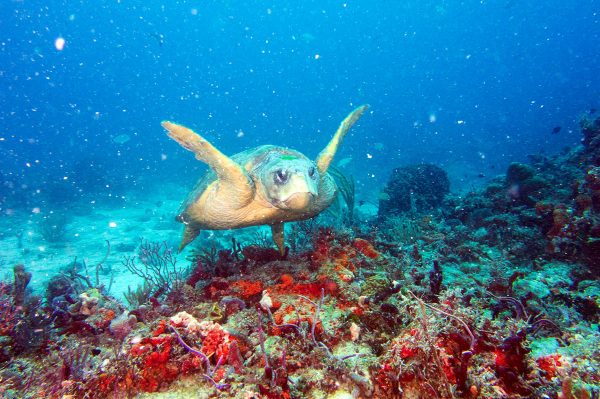